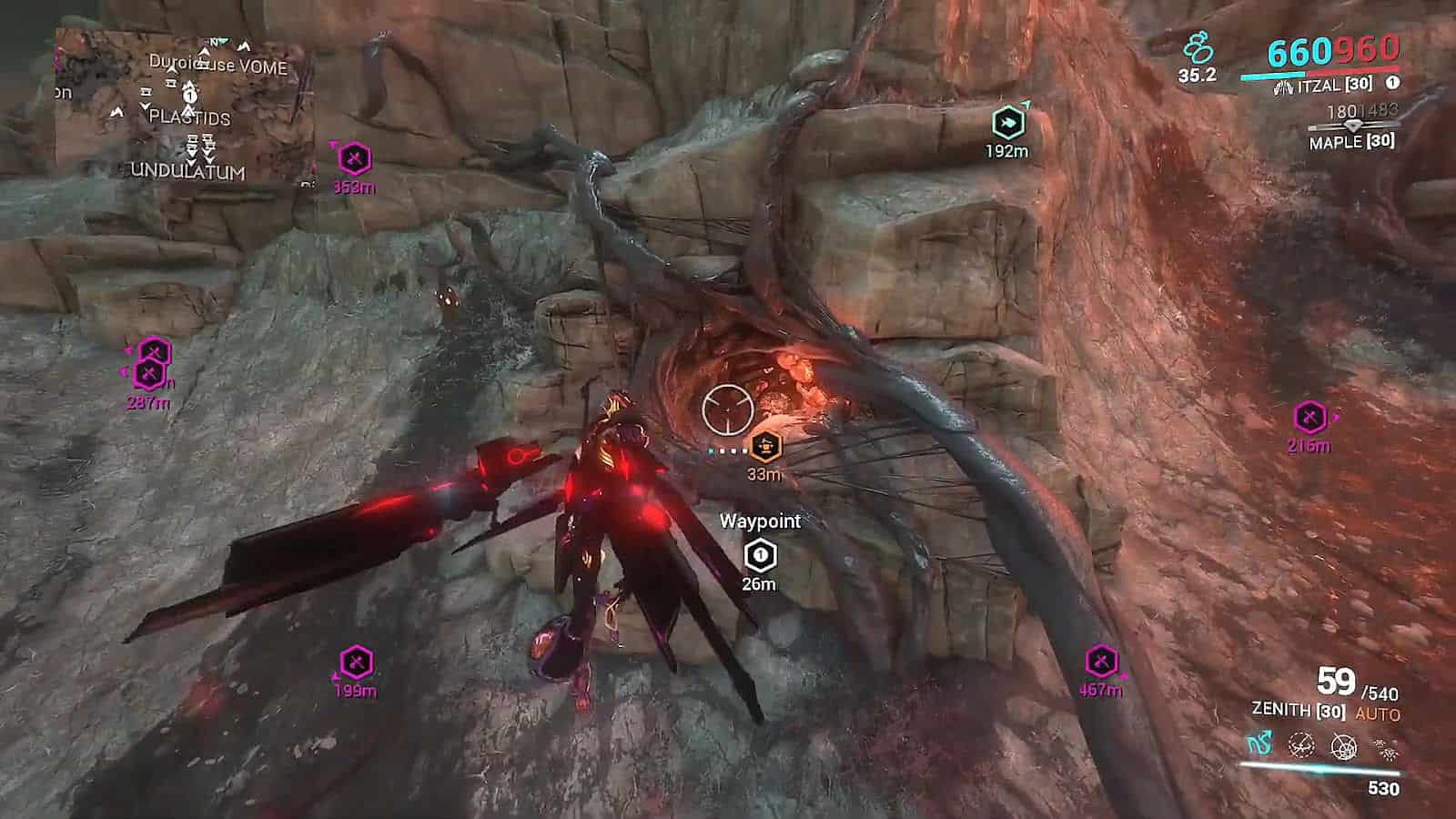 A key aspect of Warframe is resource farming. Not just resources, but parts of weapons, warframes, archwings, Necramechs, and other things. Plastids are a vital resource in the game, used in many crafts. It can be found on planets like Saturn, Uranus, Pluto, Erida, and Phobos. It drops out in fairly small quantities at a time – between 15 and 25 pieces. In this guide, we will look at where and how to farm Plastids. Let’s go!

What are Plastids in Warframe?

Plastids are an unusual resource needed to craft many things in Warframe. It is one of the first resources that was introduced into the game (it was in the October 2012 update). Now Plastids, in addition to creating many items (indeed many – every third warframe or weapon requires a certain amount of Plastids to create), are also used in Helminth Secretions.

Where to farm Plastids in Warframe?

In fact, there are literally a ton of handy and practical locations to farm Plastids in Warframe. These are mostly various Survival missions. Here is a list of the best locations for farming:

The community and veteran Warfame players have approved them, so you can rest assured that you will be able to farm the right amount of Plastids here. Let’s go through each of these locations and go through them in detail.

Probably the most profitable place to go to get Plastids on Uranus. The thing is that this is an endless Defense mission, so enemies will constantly be arriving, and you can get large amounts of Plastids from them. Enemy levels here range from 24 to 29, and the action takes place on the planet Tile Set called a Grineer Sealab so that you will be fighting against waves of Grineer factions here. 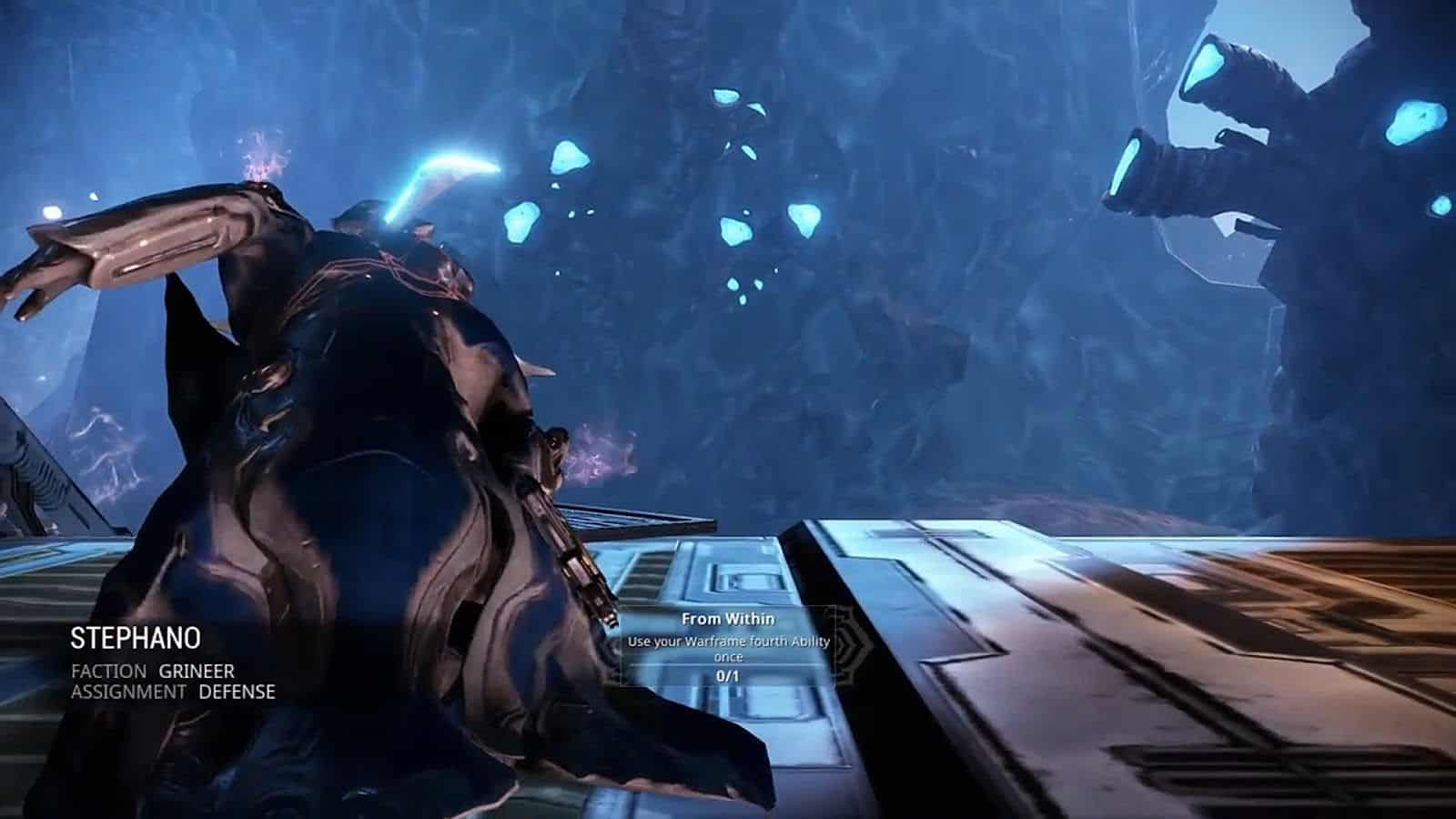 Also a good farming location on the planet Saturn. It is a Survival-type mission. The main opponents here are Infested, and this place relates to Dark Sector missions, so you will get plenty of resources here. The Tile Set location is a Grineer Asteroid, and enemy levels range from 26 to 36. 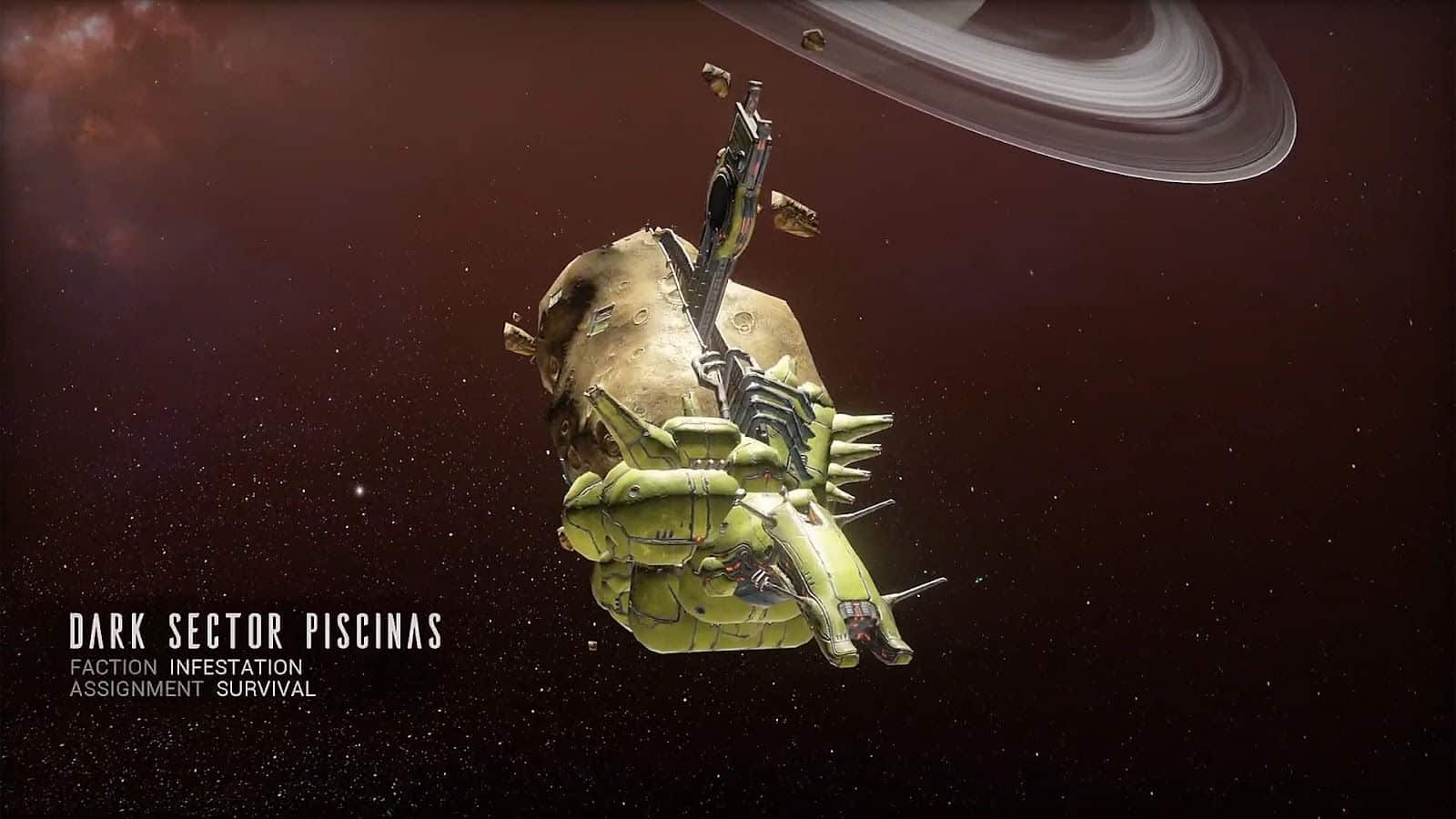 Akkad is a high-level (35 to 45) mission of the Defense-type on the planet Eris, where you can forage a large number of Plastids with the right approach. The Tile Set here is Infested Ship, and as before, the main opponent is Infested, as it is also a Dark Sector mission, where the player will receive increased (as a percentage) resources for each mob destroyed. 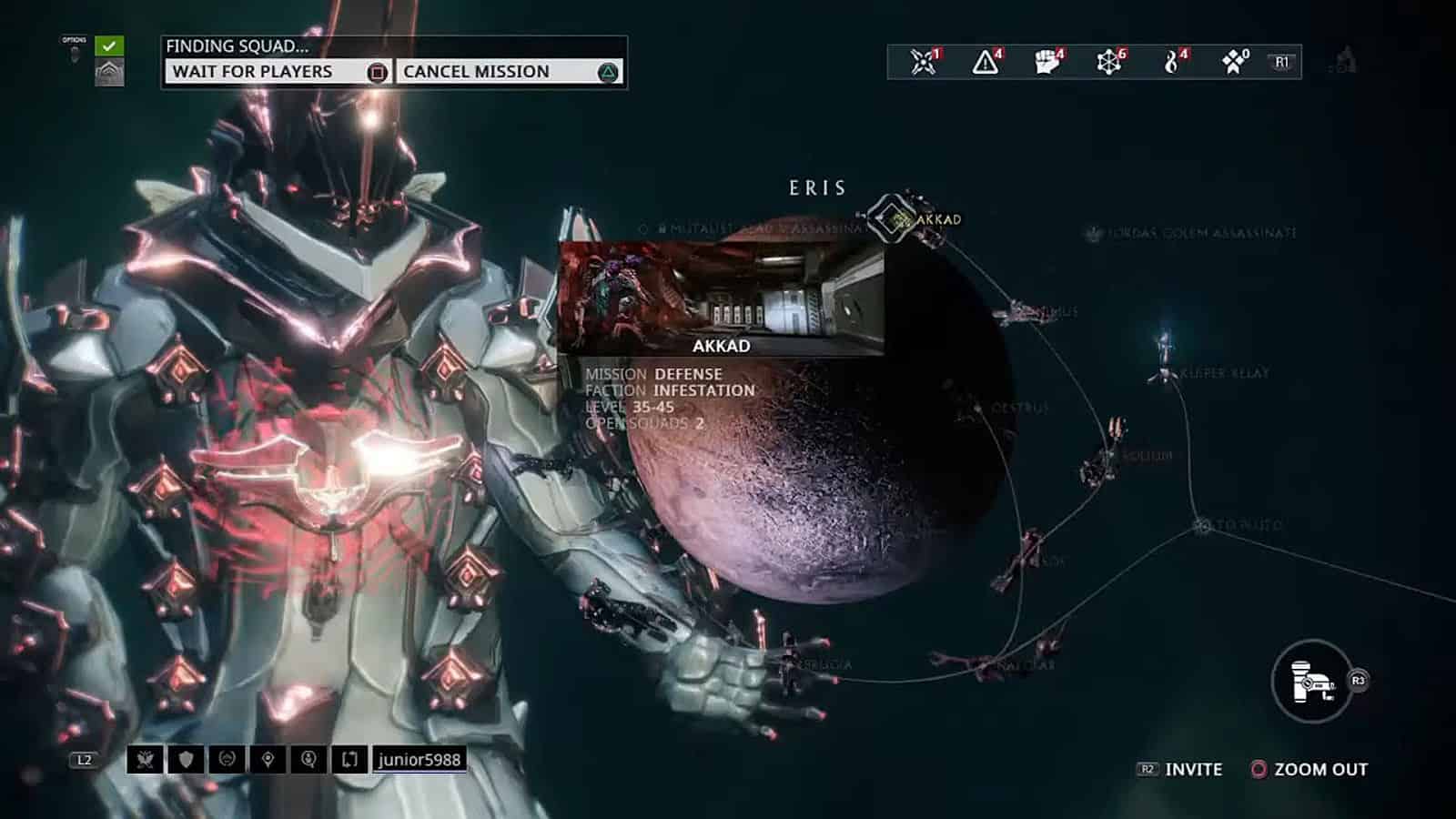 Ophelia is a Survival-type location on the planet Uranus. The level of enemies here is very average, 24-29. Combat will take place with Grineer formations on the Tile Set Grineer Sealab. Since this is an endless Survival mission, it makes sense to take warframes that can deal mass damage – to farm many mobs at once. 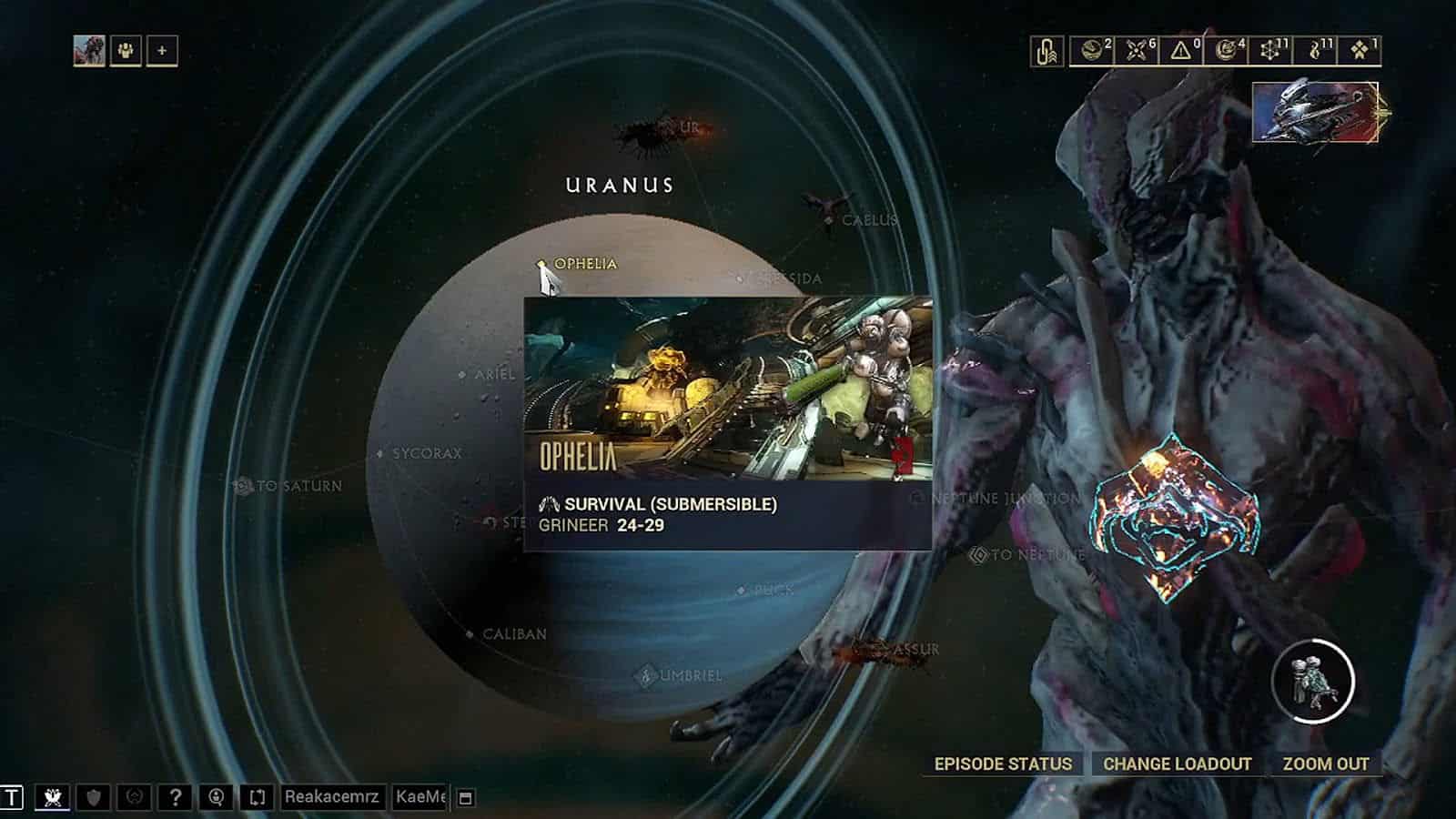 Helene is a favorite location for many Warframe players to farm resources. It is handy, low-level (21-26), and takes place on the very practical Tile Set – Grineer Galleon. The location allows you to destroy enemy waves on an industrial scale, so there are plenty of resources to drop here. A normal farming session here lasts around 20 minutes – enough time to rack up 300-500 Plastids even without resource Boosters. 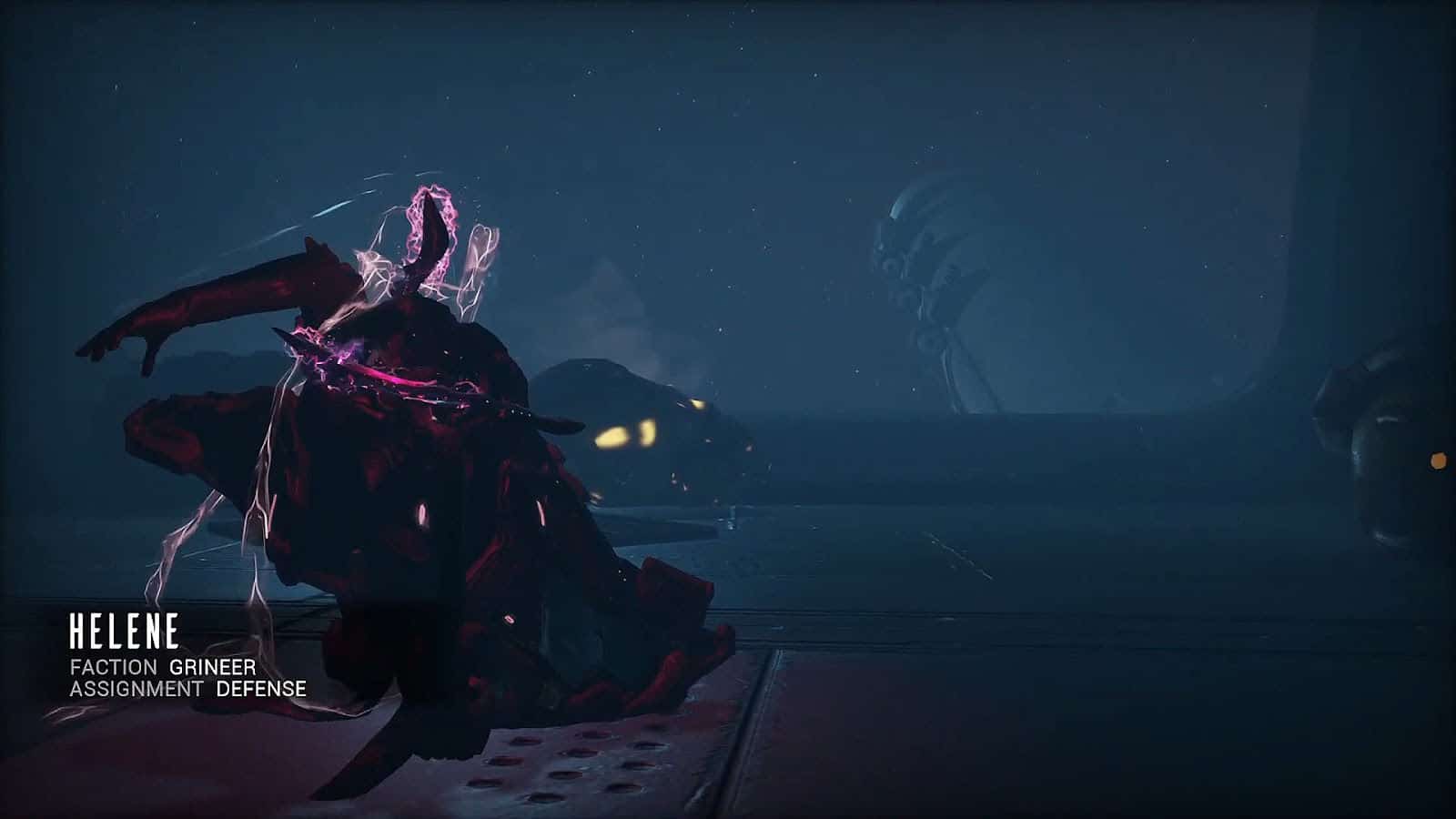 Using other planets for farming makes little sense – they are better suited for farming other resources, which you can read about in our other articles.

Here are some tips to make farming Plastids much easier and quicker: 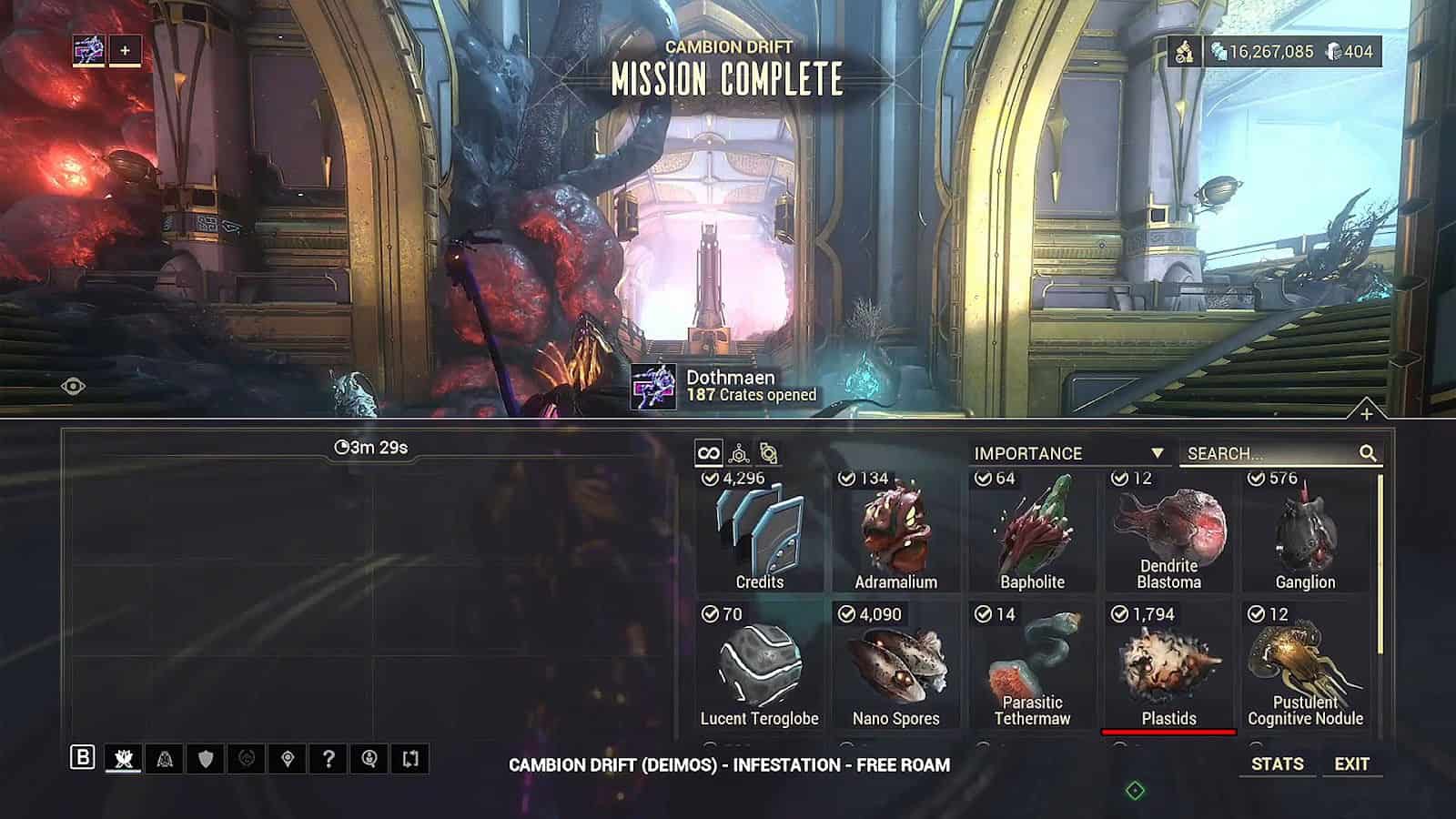 Plastids are a really important resource, needed in both the early game and late game. Look for it in the farming locations on many planets we have covered in this article, and you will be sure to secure steady and large Plastid drops.

More articles about this game:

Warframe Tellurium farm
Warframe is a game entirely about farming and grinding on various scales. The titles' main idea is to get more and more warframes, weapons, Archwings, Sentinels, Nechramechs, etc. Not surprisingly, many players are interested in such a resource as Tellurium. ...

Warframe Oxium farm
Oxium is an unusual resource in the Warframe. It is in demand among all players - you can use it in many crafts. It has quite rare and specific ways of obtaining, which we will discuss now. We are just ...