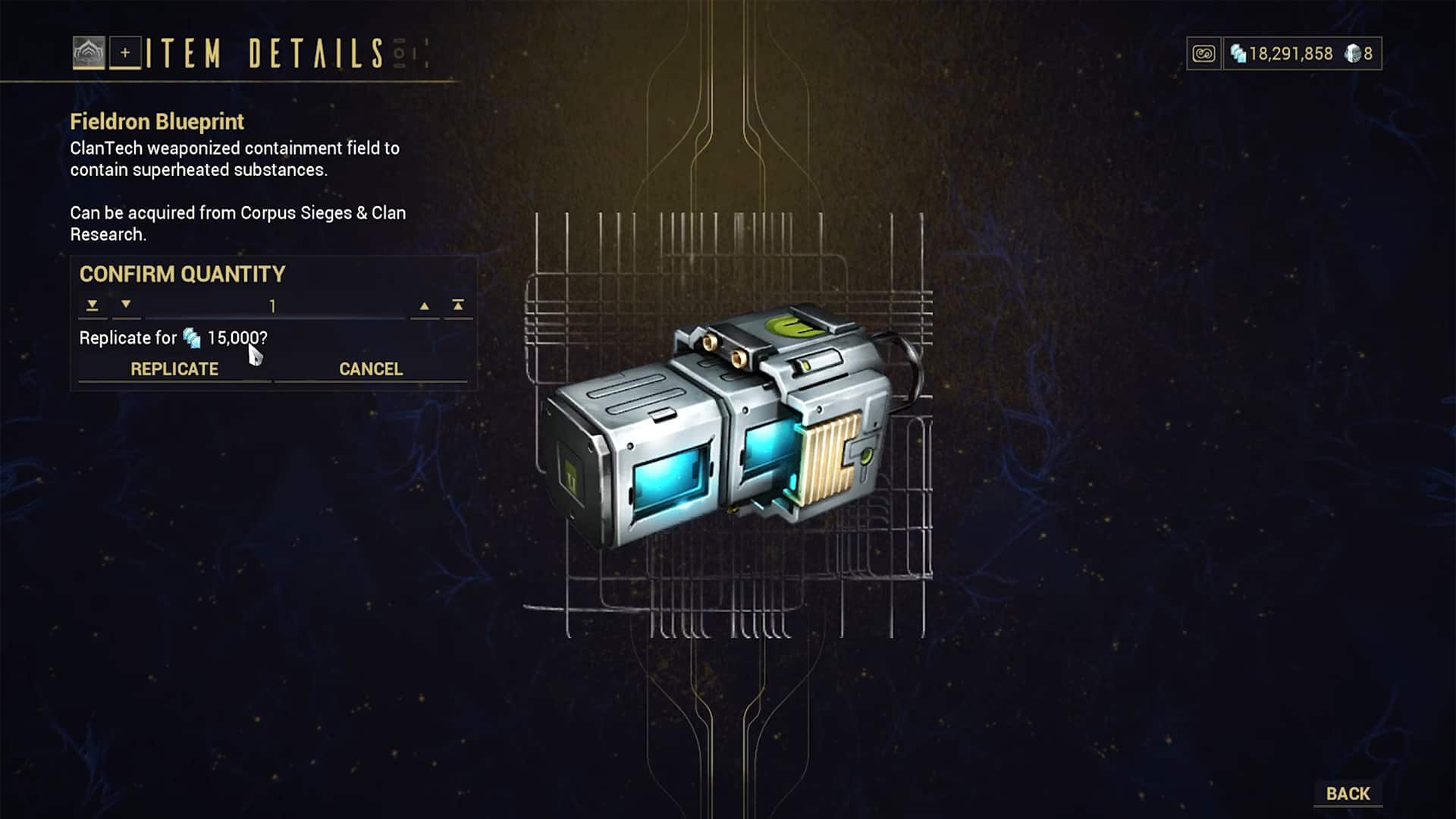 Fieldron Samples are a rare component in Warframe. The in-game description of the item states: “This destroyed Fieldron could further research into super-heated containment fields.” Fieldron Samples are needed for many of the game’s crafts, so they are in high demand among gamers.

It is one of the most important resources in the game. There are quite a few ways you can get the Fieldron and Fieldron Samples. Let’s take a closer look at each of them and determine the best way to farm once and for all.

Fieldron Sample differs from Fieldron in that it is a component from which Fieldron itself is crafted. This is what the Fieldron crafting looks like:

By the way, it is also worth noting that there is no easy way to craft a Fieldron. First, you will have to buy the needed blueprint at the Energy Lab in Clan Dojo. It is good if you have your clan in Warframe.

But if you do not, joining any of them is essentially a prerequisite for buying Fieldron’s blueprint. Of course, you can still get it in other ways, which will be outlined below. Fieldron cannot be farmed in the usual way, as it is not dropped from mobs (unlike Fieldron Sample).

But it can be obtained in various other ways. For example:

Fieldron is used in a really large number of crafts. It is a highly sought-after item. You will need a ton of Fieldron to craft archwings, warframes, and weapons (mostly corpus weapons, which are based on energy technology). Here are just some of the popular crafts that require this resource:

Where to farm Fieldron Samples?

Most of the time Fieldron Samples can be found in locations where the enemy is Corpus. But the Warframe community has found that there are three quite profitable locations for the productive farming of Fieldron Samples versus Infested:

Kelashin is a location on the planet Neptune. Since this is the Dark Sector, the main opponent will be Infested – Chargers, Leapers, Runners, Crawlers, Mutalist Ospreys, Ancient Healers, and so on.

The level of enemies here ranges from 30 to 40, so the player will need some good equipment and a powerful warframe to farm comfortably here. The tile set here is the Infested Ship – a techno-organic spacecraft that once belonged to the Corpus faction.

This tile set is famous for its narrow corridors and camper rooms. The ideal choice for Tennos who prefer slow and lazy gameplay. The best solution is to take a warframe that can deal massive damage with one or two abilities – to farm as quickly as possible.

Such warframes include Mesa, Saryn, Equinox, and some others. 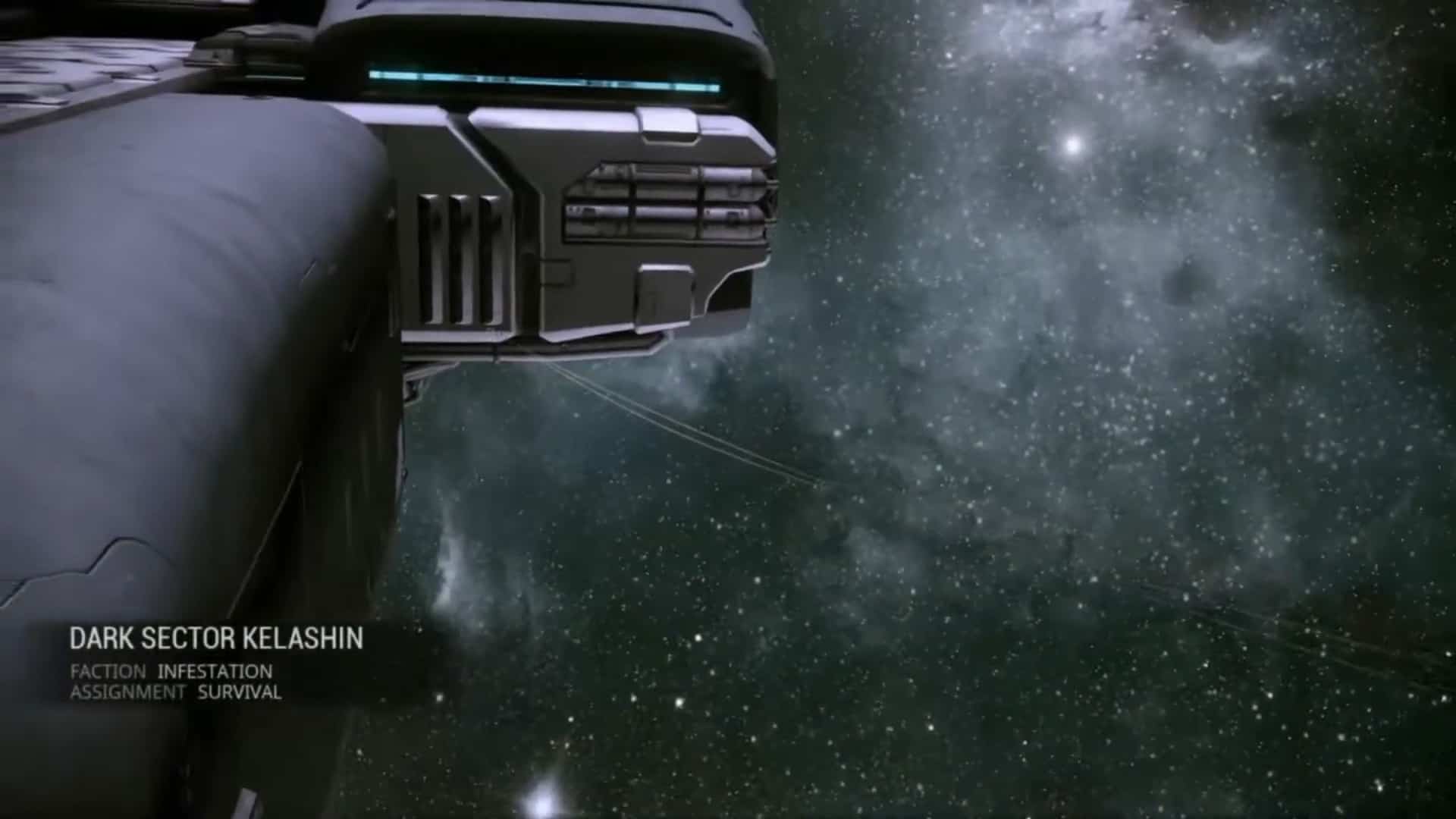 Wahiba is a Survival-type location on the planet Mars. Here the player will encounter Infested enemies as well.

The Corpus Ship is used as the tile set. Enemy levels range from 10 to 20, so the gamer can come to Wahiba even with a weak, poorly tuned warframe and weapons – it will not affect the farming process in any way.

Players starting the game should consider visiting Wahiba for early-game Fieldron Samples. The dark sector mission grants a 20% drop rate reward, unlike Kelashin on Neptune — making it an ideal destination for those who aren’t quite up to tackling higher-level threats yet. 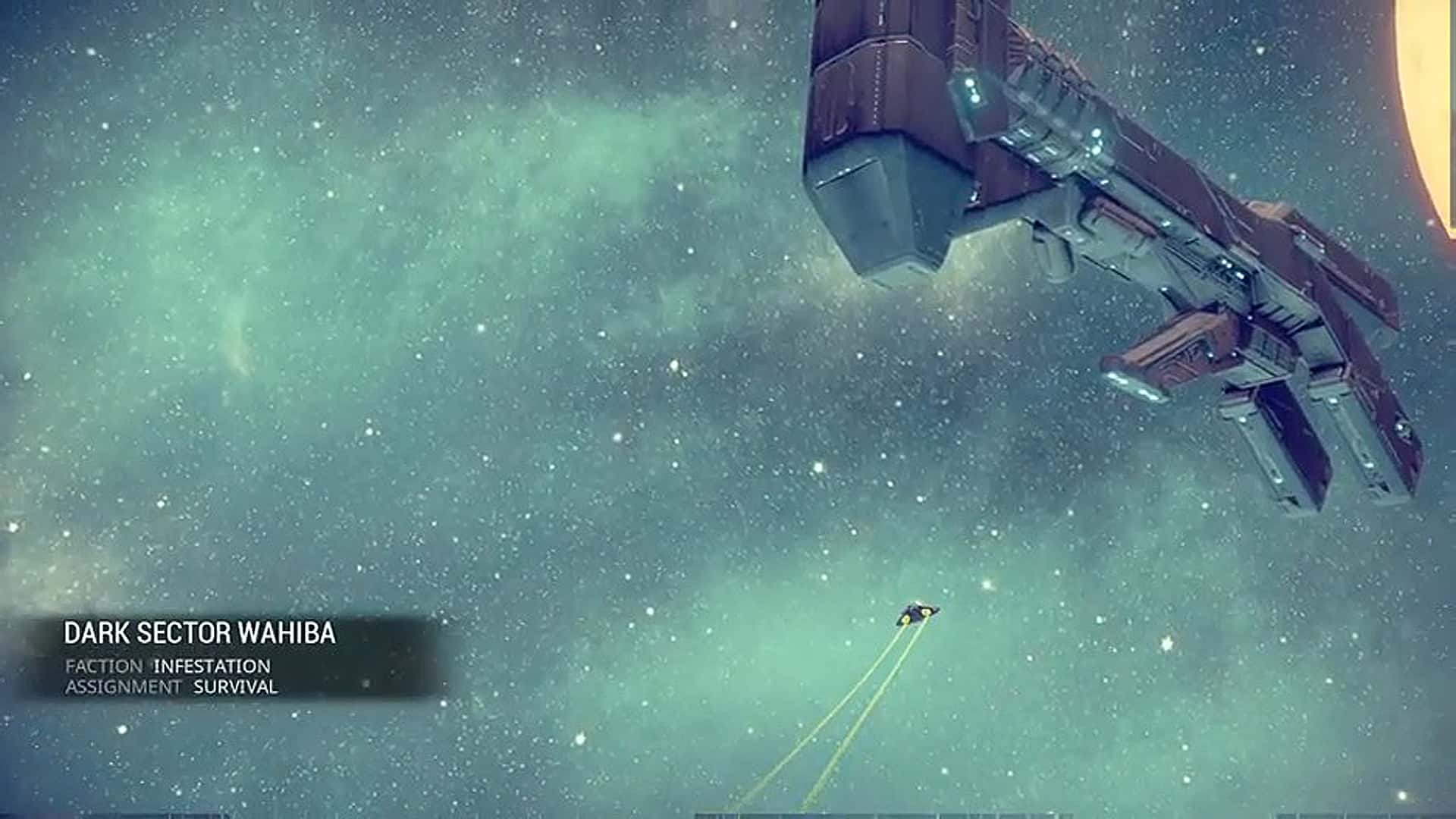 Kadesh is a Defense-type location on the same planet as Wahiba, namely Mars. In general, Kadesh and Wahiba do not differ much from each other, except for the type of mission. Both locations feature opponents of the same level and faction, i.e. Infested. 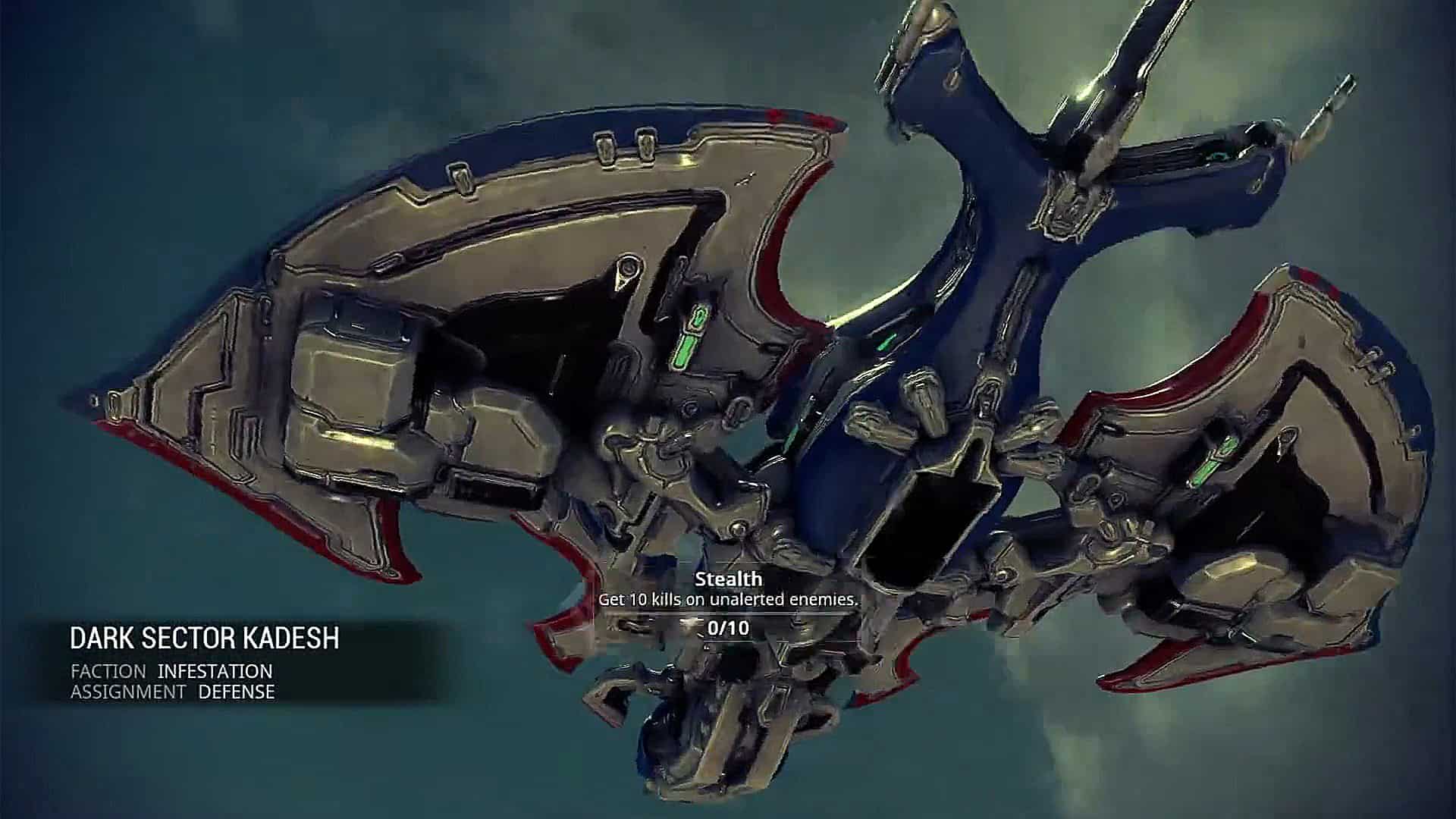 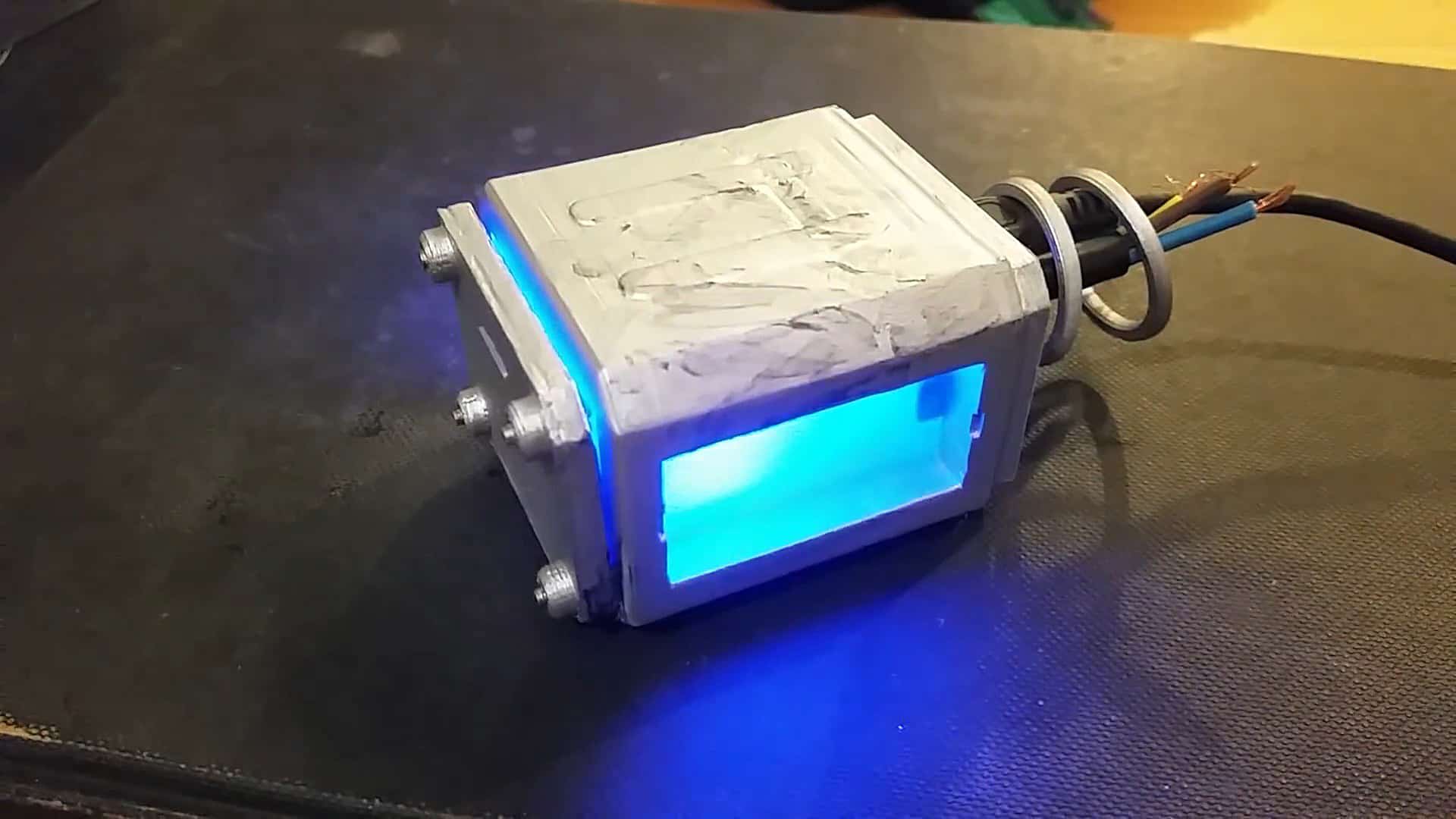 Here are some tips to make farming Fieldron Samples a lot easier:

Do I farm solo or as a team?

It does not matter if you are farming solo or with a team. It is a matter of taste. If you are a pumper player with a high Mastery Rank, you can take some strong warframes with area damage and grind seamlessly.

But if you are just a beginner or a gamer with an average account, it is better to find a pack of players. It is also better because the more members in the party, the higher the spawn rate, and thus the higher the loot.

Where do I get Fieldron Sample?

Fieldron Samples can be obtained from enemies, containers, and crates on missions in the drop zone of this resource. That is, on Venus, Jupiter, Mars, Europa, and Neptune planets. 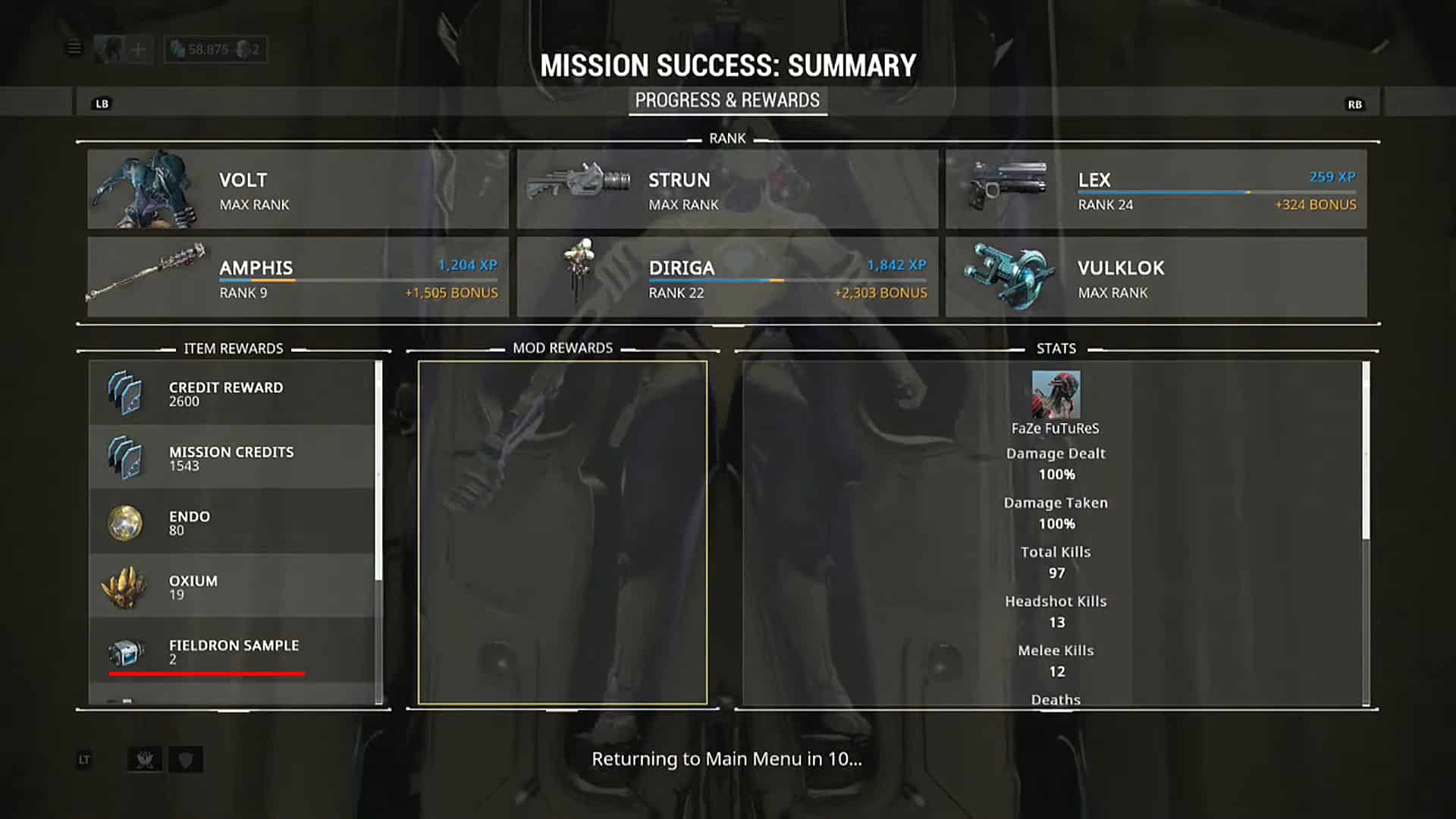 Fieldron Samples can also be collected using Extractors if installed on the above planets. At least you will have the chance to do so – it is not a hundred percent, but it is still there. This method of farming Fieldron Samples is best used in conjunction with other methods.

Fieldron Samples, like many other resources in Waframe, can be given to the player as part of the Daily Tribute.

If you have a sentinel (Carrier, Dethcube, Diriga, Djinn, Helios, Nautilus, etc.) you can put a Spare Parts mod in it. This is an unusual upgrade that allows the sentinel to drop a resource with some chance after its death. 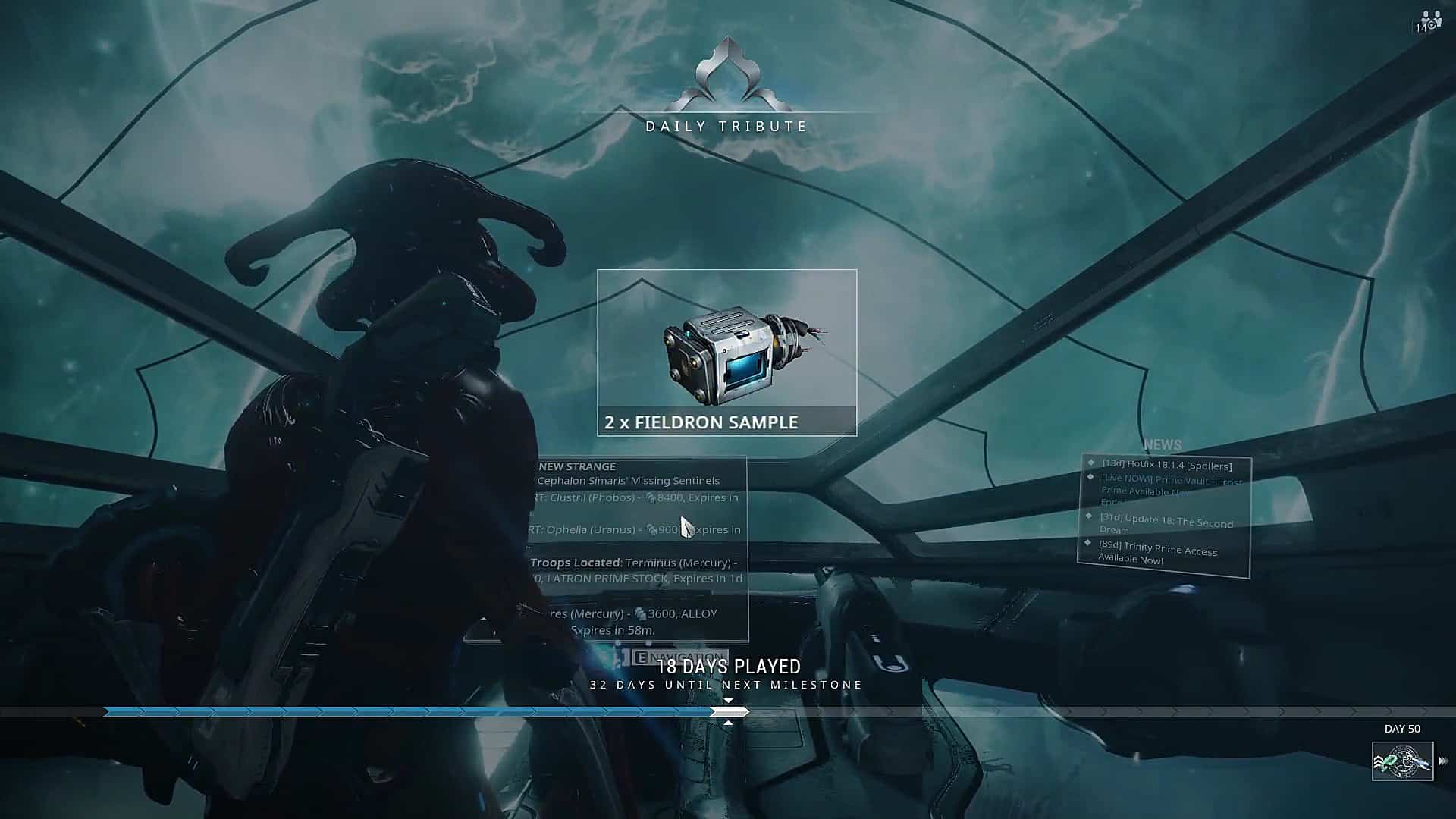 Fieldron Samples are needed to make Fieldron. For each Fieldron, the player needs 10 Fieldron Samples. We have looked at different ways to get them, so now you are less likely to have trouble crafting the weapons and warframes you need.

☛ Warframe Tellurium farm
Updated in January 2023 Warframe is a game entirely about farming and grinding on various scales. The titles' main idea is to get more and more warframes, weapons, Archwings, Sentinels, Nechramechs, etc. Not surprisingly, many players are interested in such a ...

☛ Warframe Oxium farm
Updated in January 2023 Oxium is an unusual resource in the Warframe. It is in demand among all players - you can use it in many crafts. It has quite rare and specific ways of obtaining, which we will discuss now. ...

☛ How to get Nitain Extract in Warframe
Updated in January 2023 General Information Type Resource Drop Amount 1-1x Sell Price Cannot Sell Introduced Update 17.12 (2015-11-25) In this article, we will discuss the Nitain Extract: one of the most challenging resources to obtain in the game. Associated files in the game and Warframe Nexus app call it ...

☛ Plastid farm Warframe
Updated in January 2023 A key aspect of Warframe is resource farming. Not just resources, but parts of weapons, warframes, archwings, Necramechs, and other things. Plastids are a vital resource in the game, used in many crafts. It can be found ...