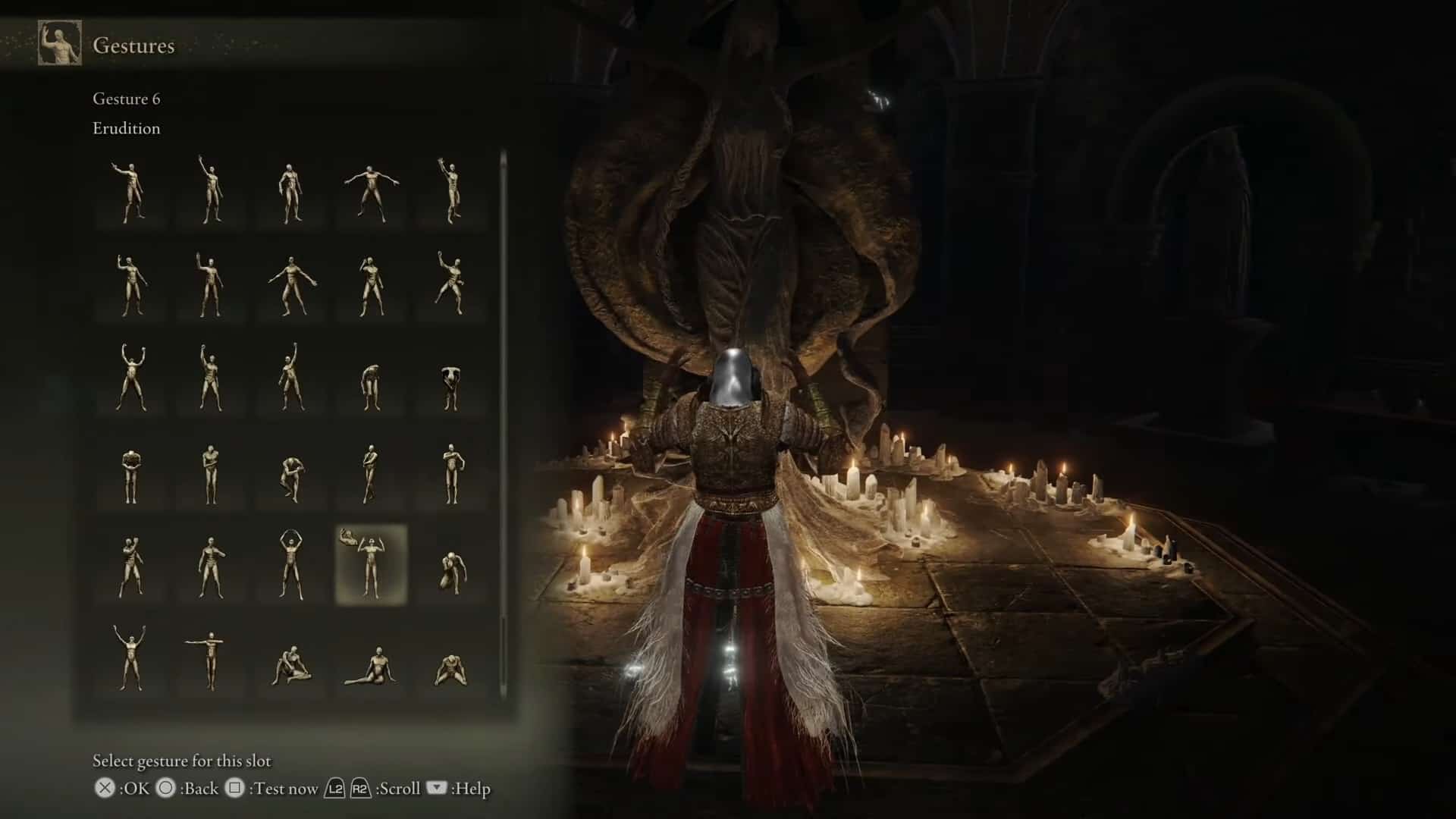 The Erudition gesture is unique because it can be used for more than just making poses. It can also be employed to solve puzzles in the Converted Fringe Tower and Converted Tower.

You’ll find the same result no matter which tower you choose, but each offers a clue to help guide you: “Erudition guide thee!” or “May Erudition Light the way!”. If you want to get it, it’ll take some effort – but we’ve got a guide to help make things a little easier.

Therefore, let’s discuss all the steps needed to perform this gesture and its various uses.

What you will need to get the Elden Ring Erudition Gesture 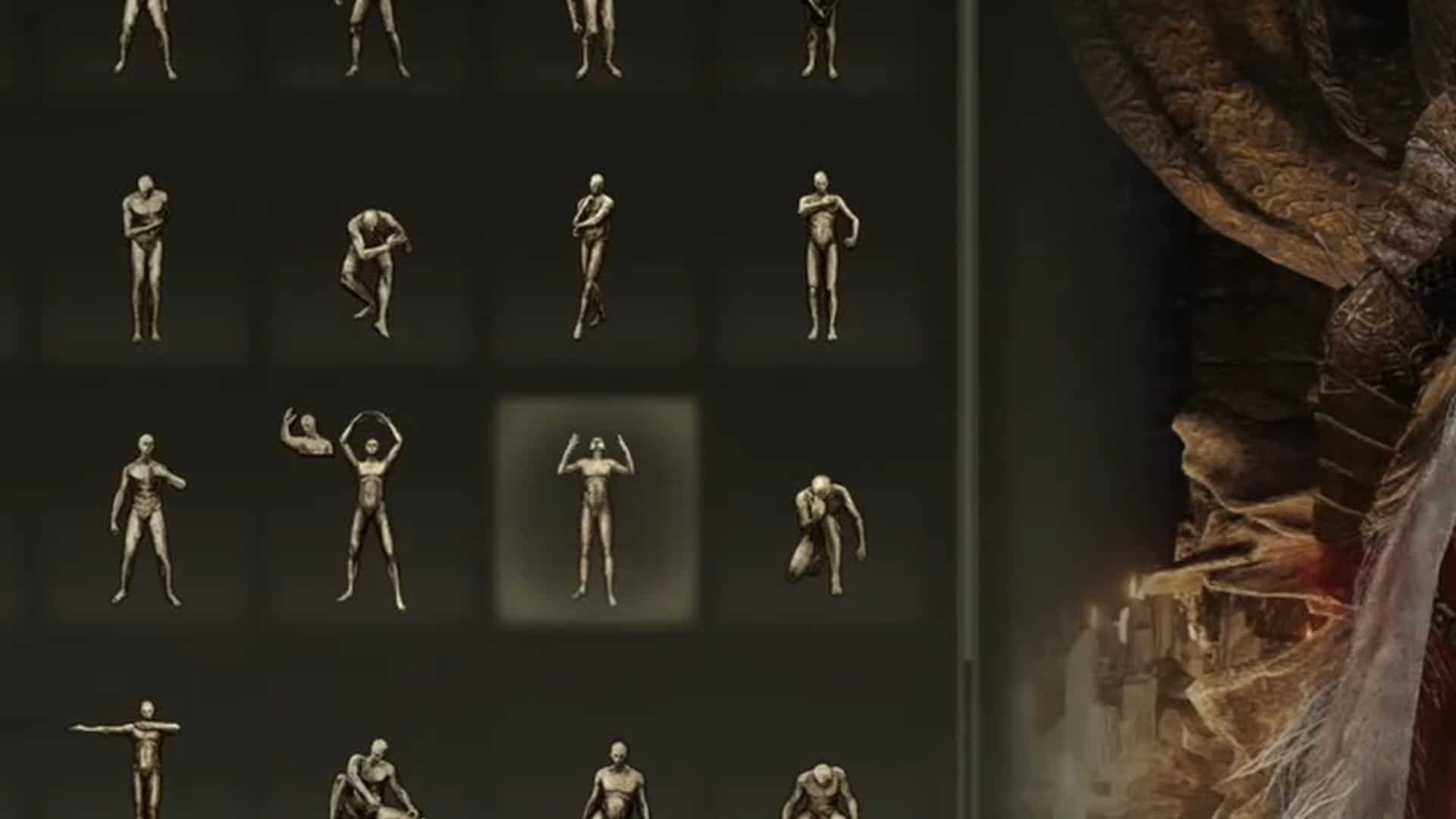 To get the erudition gesture in Elden Ring, players will first have to reach Raya Lucaria. Once at Raya Lucaria, they can then move on to the academy and apply various steps stated below to acquire the much-craved gesture. 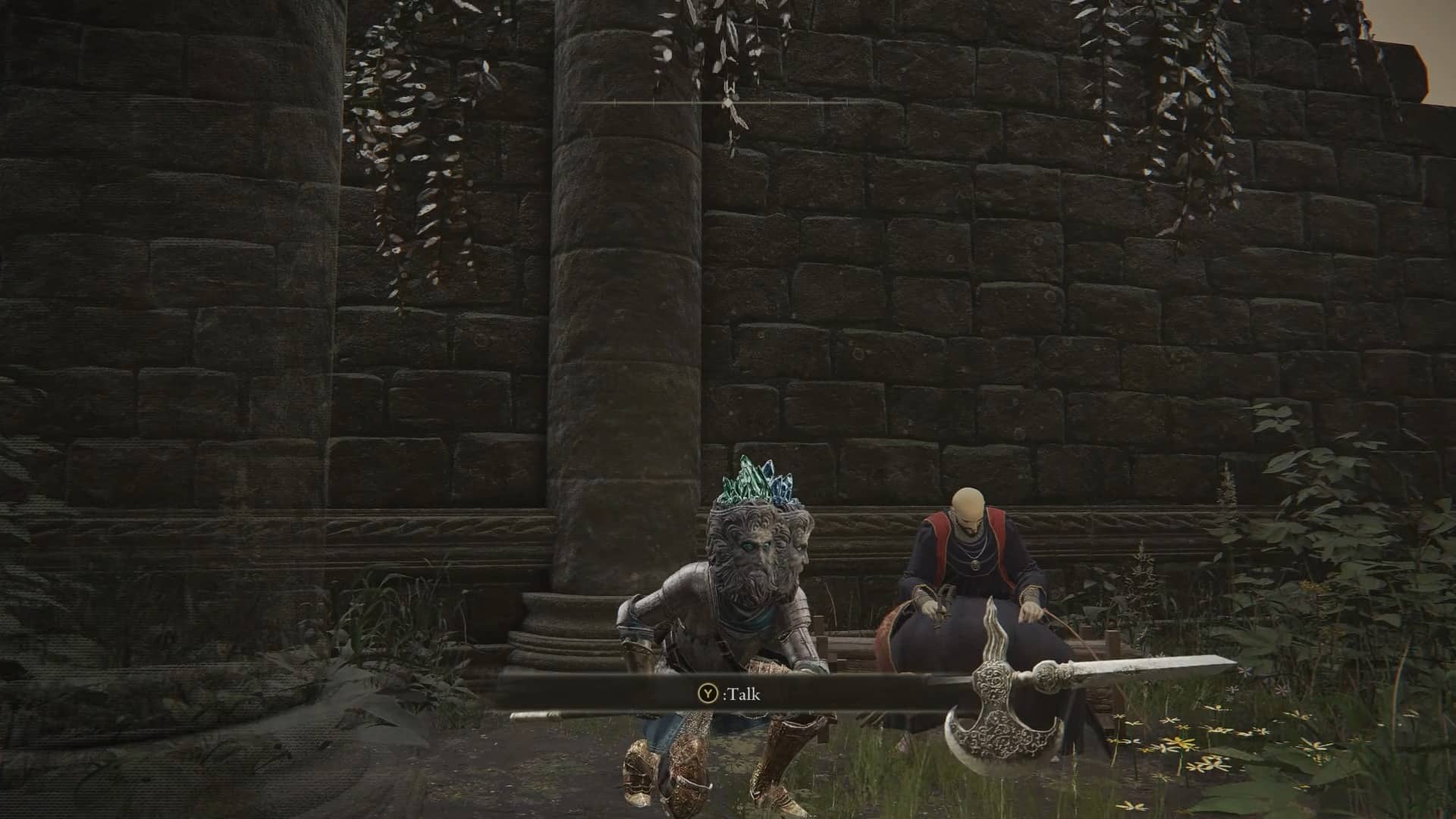 The Erudition Gesture can be yours if you activate the Sorcerer Thops Questline. You’ll find Thops sitting on a bench at the Lake Facing Cliffside site of grace near Stormveil’s castle, just outside the Church of Irith and next to the giant Statue of Marika.

After he finishes his dialogue, he tells you he must return to Raya Lucaria Academy. For this reason, he requires the Academy Glintstone Key. 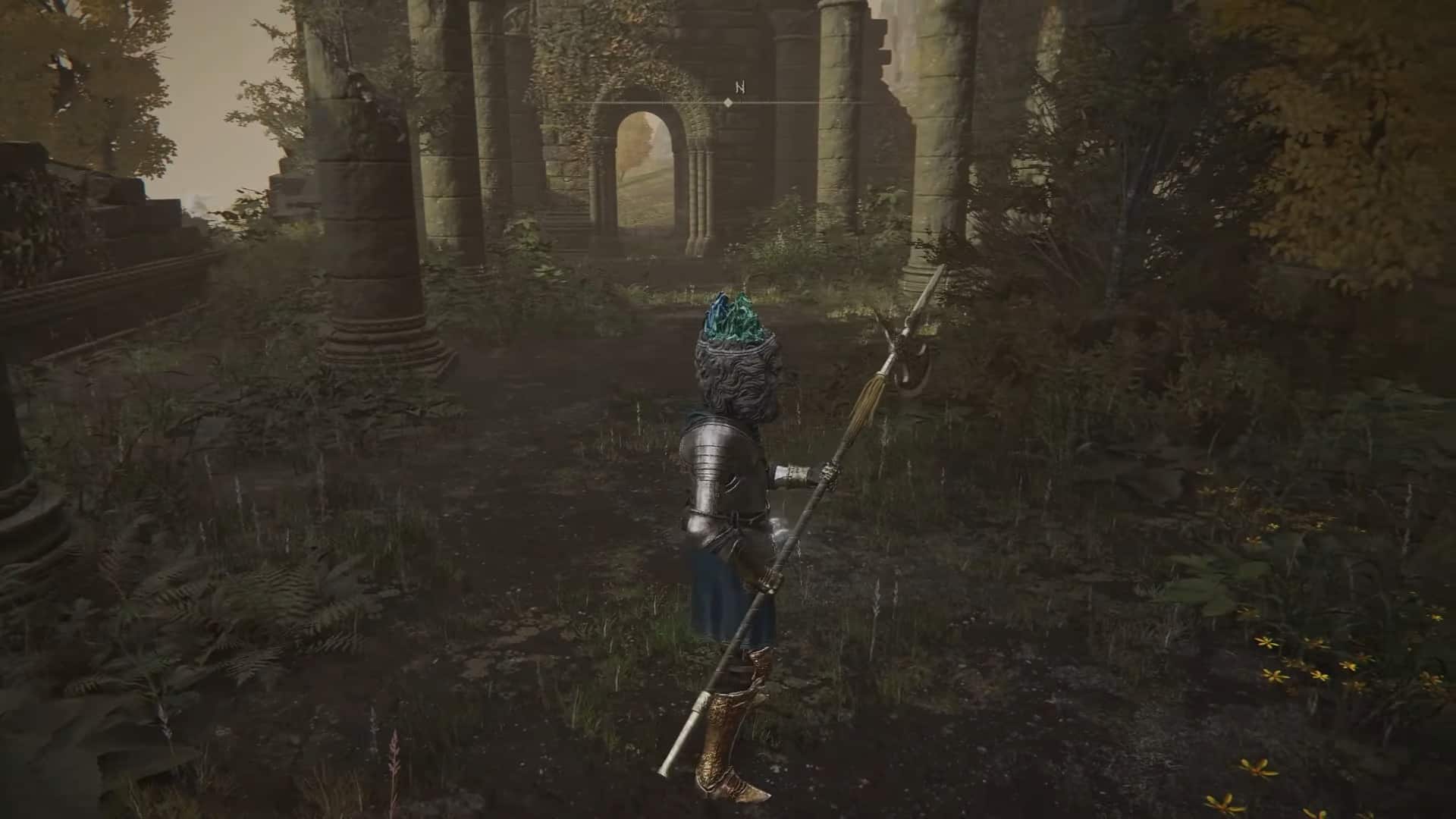 The minute you arrive in Liurnia of Lakes, you’ll see the academy situated in the middle of the area. If you want to venture inside, you’ll need a Glintstone key. To retrieve it, travel west to the academy and head north from Temple Quarter until you see a sleeping dragon.

The person holding the key will be behind this creature. You don’t need to battle Glintstone Dragon Smarag to get the key from the corpse – you can bypass the dragon and go straight for the key.

Moreover, this particular dragon is relatively easy to defeat, and it has a move set that’s quite similar to Flying Dragon Agheel, with only a handful of extra magic attacks. Taking down the dragon gets you its Dragon Heart and a good amount of runes.

Remember that you can’t give the First Glintstone Key to Thops – he’ll give it back even if you offer it since he wants to take your other way into the academy. Fortunately, there is another Glintstone key inside the academy. 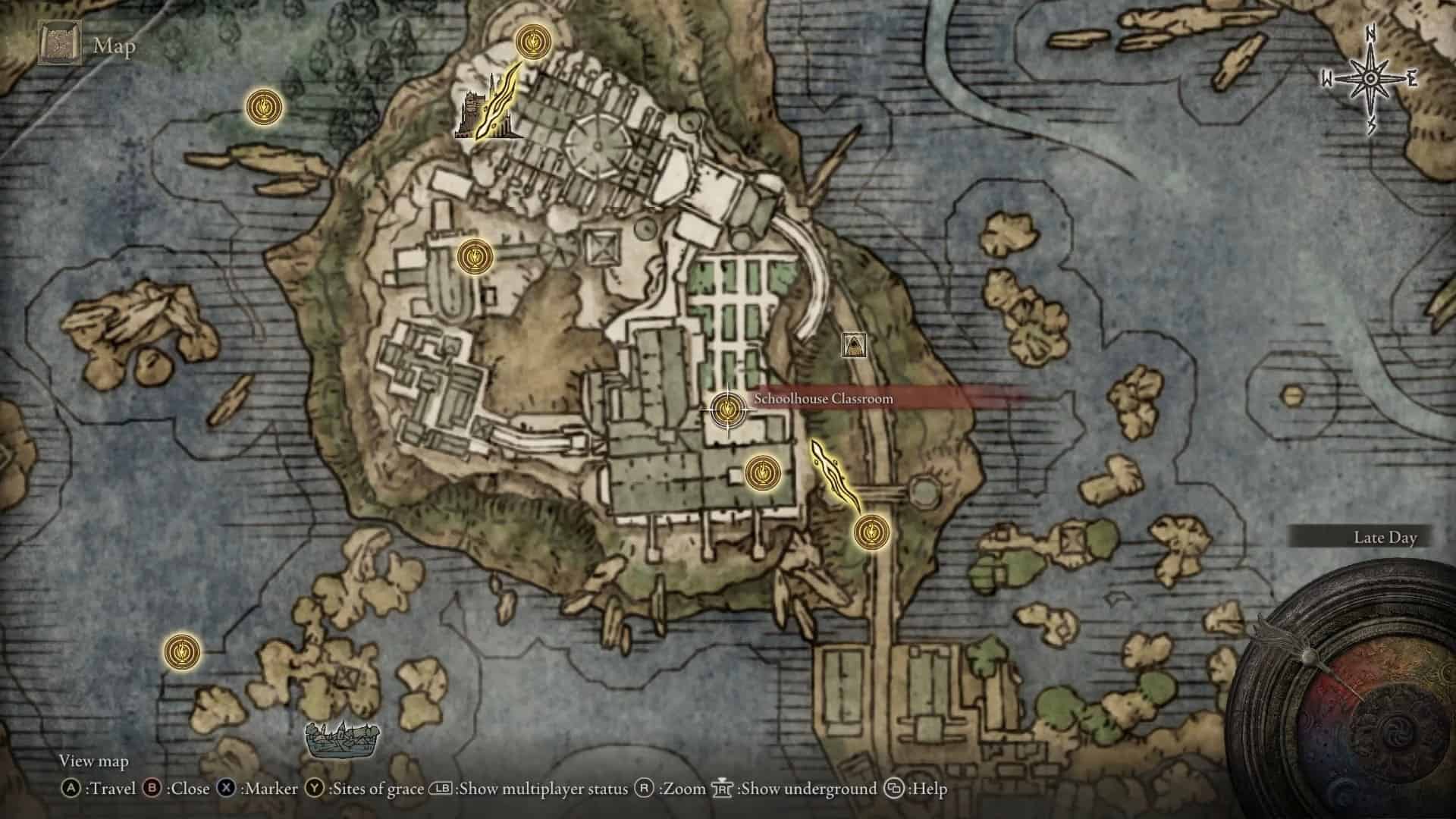 Most of the time, while exploring Raya Lucaria, you will follow a linear path. However, there are a few instances where you’ll encounter obstacles, like a giant moving wheel or lift. Use the moving platform to travel upwards and jump off towards the rocky terrain before it starts going down.

You can also explore the underground section of Raya Lucaria by using the lift to travel downwards, but this is optional. Once you get off the lift, follow the path, which will take you straight to the School Classroom site.

After taking the first left, follow the hallway of academy sorcerers until you reach a set of stairs. Go up from there until you first encounter Raya Lucaria’s fog wall. It is where you will find the academy’s first boss. 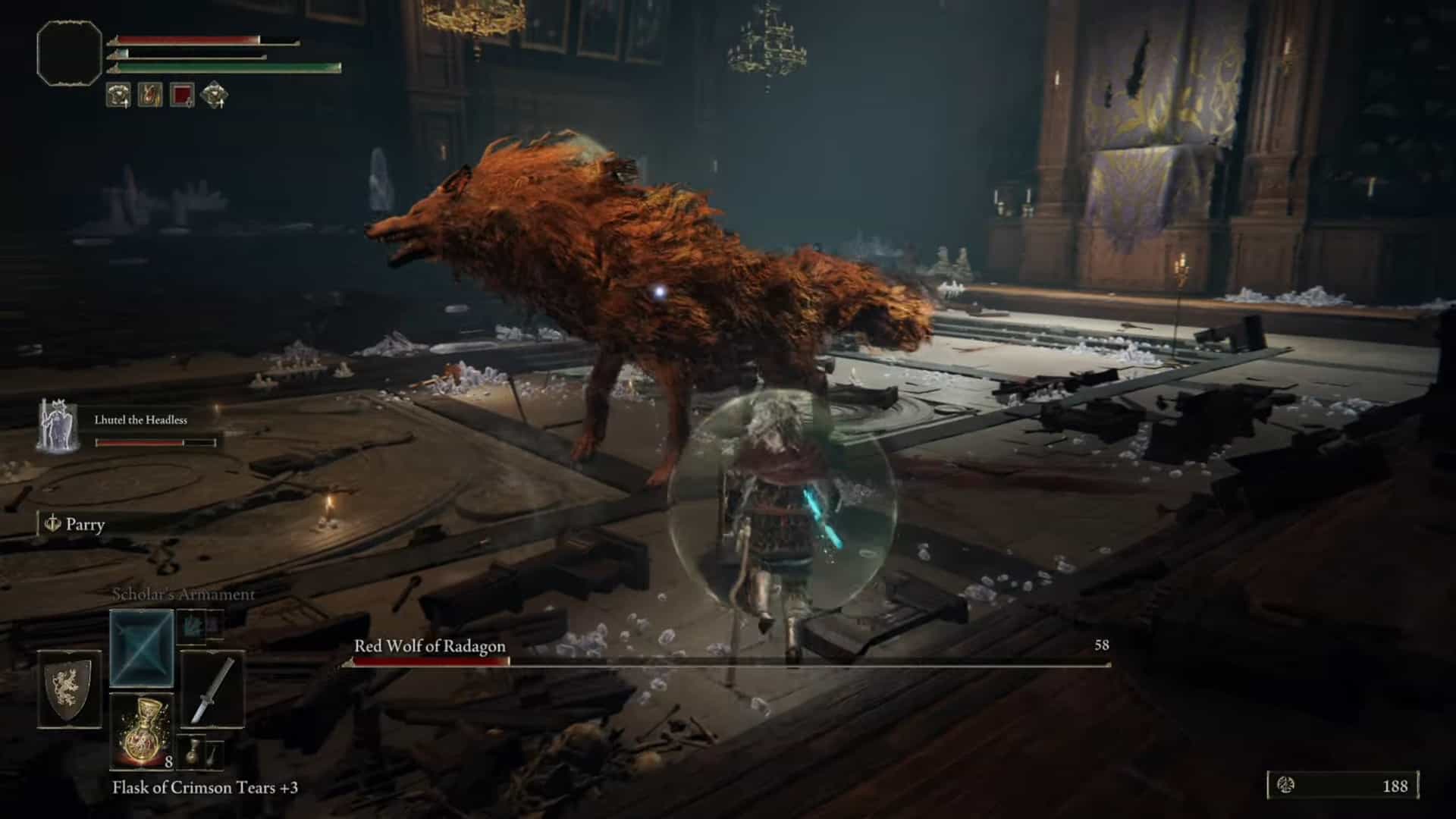 Players fans of the Dark Souls video game franchise will likely see several parallels between this wolf and the Great Grey Wolf Sif. Red Wolf of Radagon is robust and will not hesitate to unleash a fury of attacks upon its prey.

The creature can materialize a sword and make two large swipes at you, and it could follow up with either a slam or a 360-degree swipe attack. Red Wolf of Radagon is known to summon homing projectiles shortly after backing down.

These will stay in the air for a moment before flying toward you, so it’s best to keep your distance during this attack. You need to avoid getting caught up in seizures and projectiles. The ogre has several attacks, including a quick bite and claw attack.

If you see this coming, try to dodge or block it. Once the ogre has finished its attack chain, you can start fighting back. Last but not least is the Red Wolf’s leap attack. The wolf will jump into the air and attempt to dive toward you.

We suggest you dodge because, after this, you’ll be able to physically harm the boss without much difficulty. Therefore, it’d be advantageous if you had more stamina saved up. Once you’re finished with the boss, head to the Debate Parlor site and light a candle. 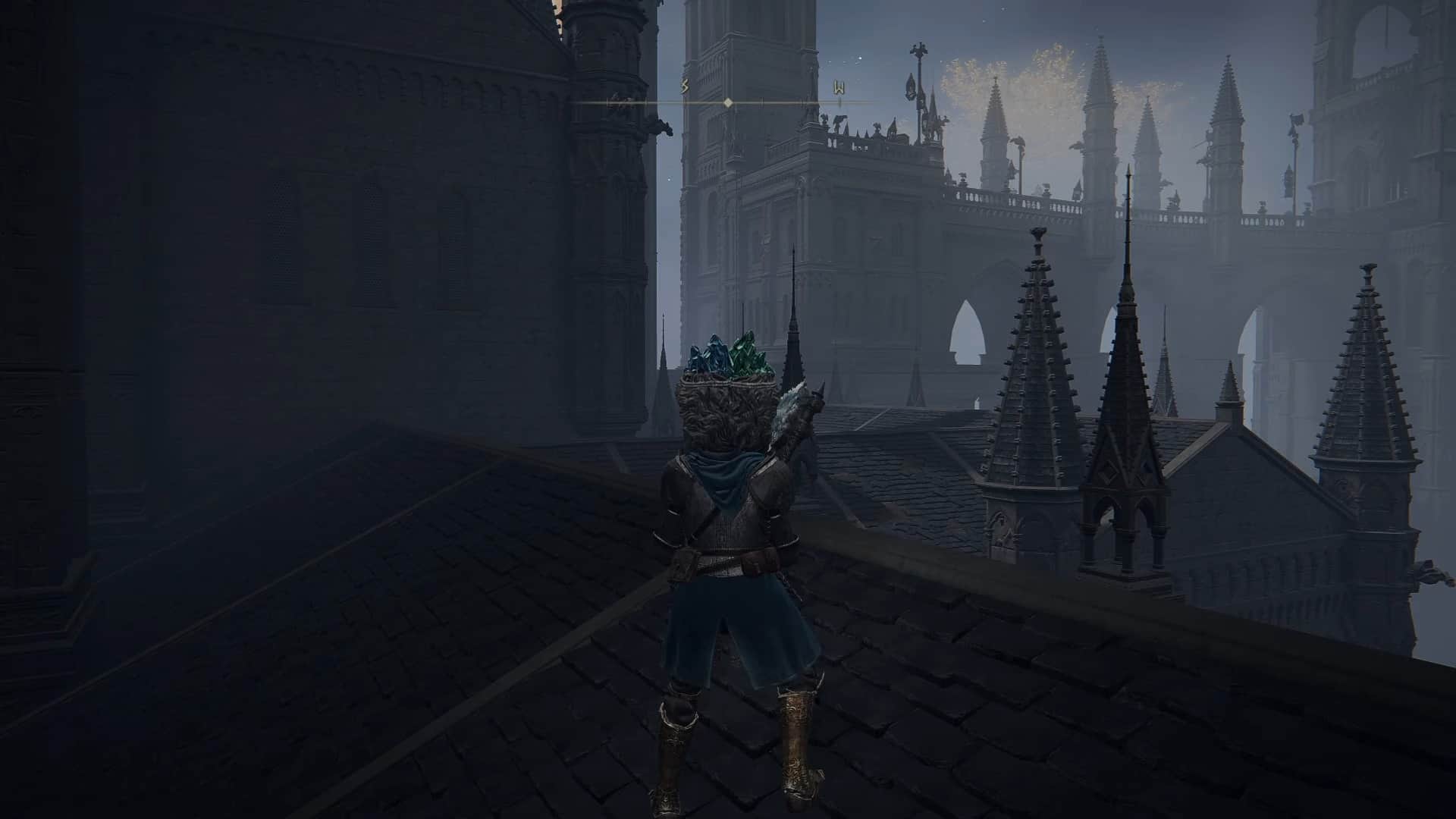 You’ll enter a large courtyard if you go straight through the left-hand door from Debate Parlor’s grace site. After you walk into the courtyard, turn left and go towards the pile of rubble. On the rubble, you’ll find two mages and a few enemies that will come after you.

Be careful not to miss the small enemy standing behind you after you jump over the balcony. After you take out the first mage, run up the stairs to find another one, dodge his attacks and kill. Jump over the balcony to the left where the second mage was standing.

You will now find yourself on the rooftops of Raya Lucaria. Just continue walking straight, and you will see a ladder to your right on a platform. After scaling the ladder, you’ll find yourself on a tightrope bridge.

To make your way across, be cautious of mages and gargoyles, as they will impede your getting past very quickly. Therefore, we recommend ranged attacks in this scenario.

After taking care of the enemies on the bridge, walk to the right side and jump down from the roof to the roof until you come across more bad guys. 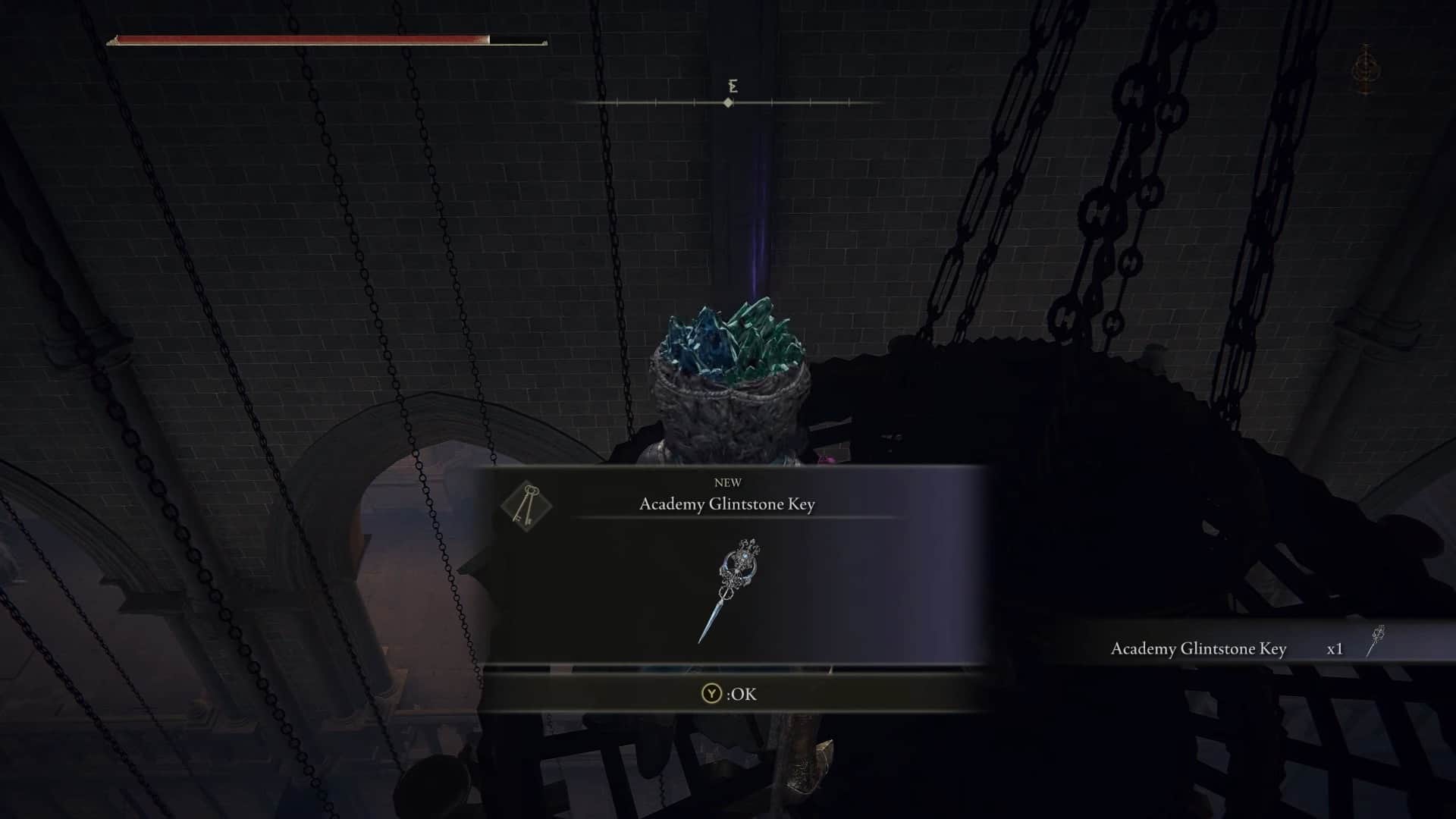 Dispatch the enemies standing on the rooftops, then turn right at the first opportunity on the bridge. After jumping down to the platform below, continue running straight and make a running jump onto the rounded platform in front of you.

There should be more enemies here that need to be taken care of. Carefully remove the enemies, then jump on the first window sill to the left of the building. From here on out, you’ll need to walk carefully on narrow beams, use extreme caution and jump to the second beam.

You’ll find the second Glintstone key on the first chandelier you see. Just jump up and grab it! 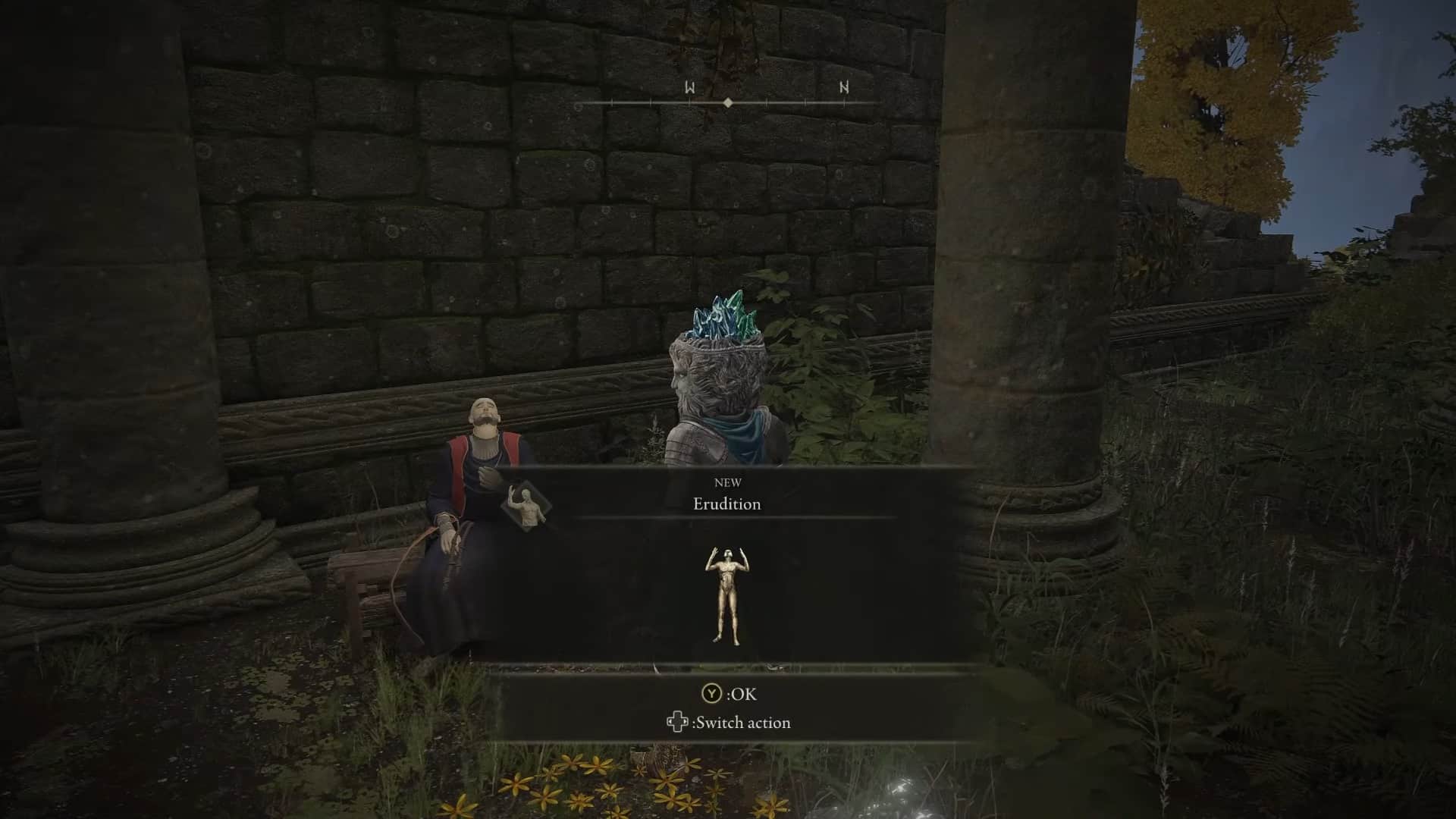 To finish this quest, hastily go to the Church of Irith and hand Thops the key. To get there, take the north gate out of Freeport and follow the road until you reach the city. Once you’ve interacted with Thops and exhausted his dialogue, you’ll receive the Erudition Gesture.

How to use the Erudition Gesture for solving towers puzzles

With the Erudition Gesture, you can now access the rewards hidden in the Converted Towers. 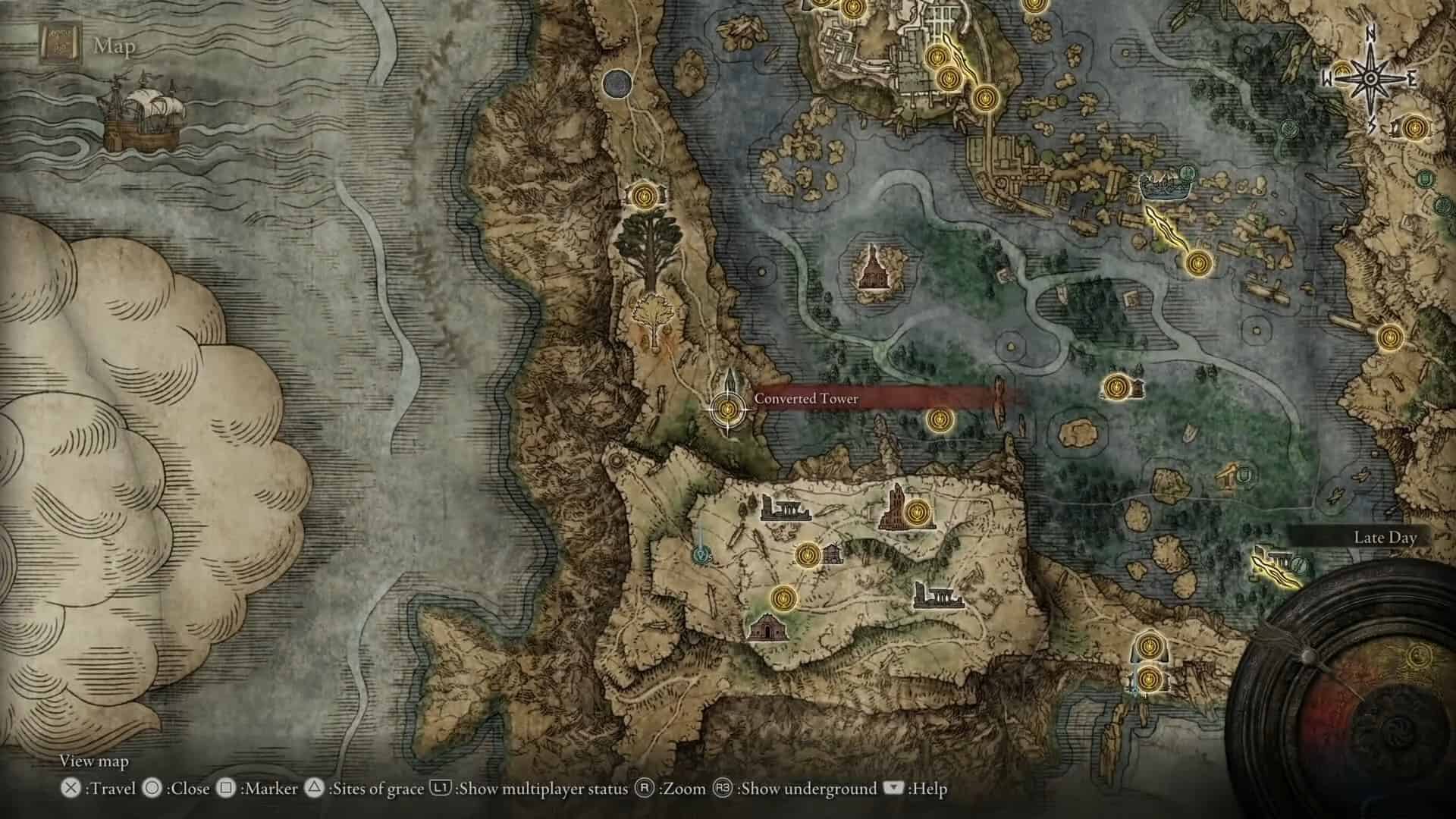 The Converted Tower is situated in the Liurnia of the Lakes. After you arrive, communicate with the Statue of Marika using your Erudition. This will uncover a hidden ladder inside the tower. Climb up the ladder to retrieve the Memory Stone. 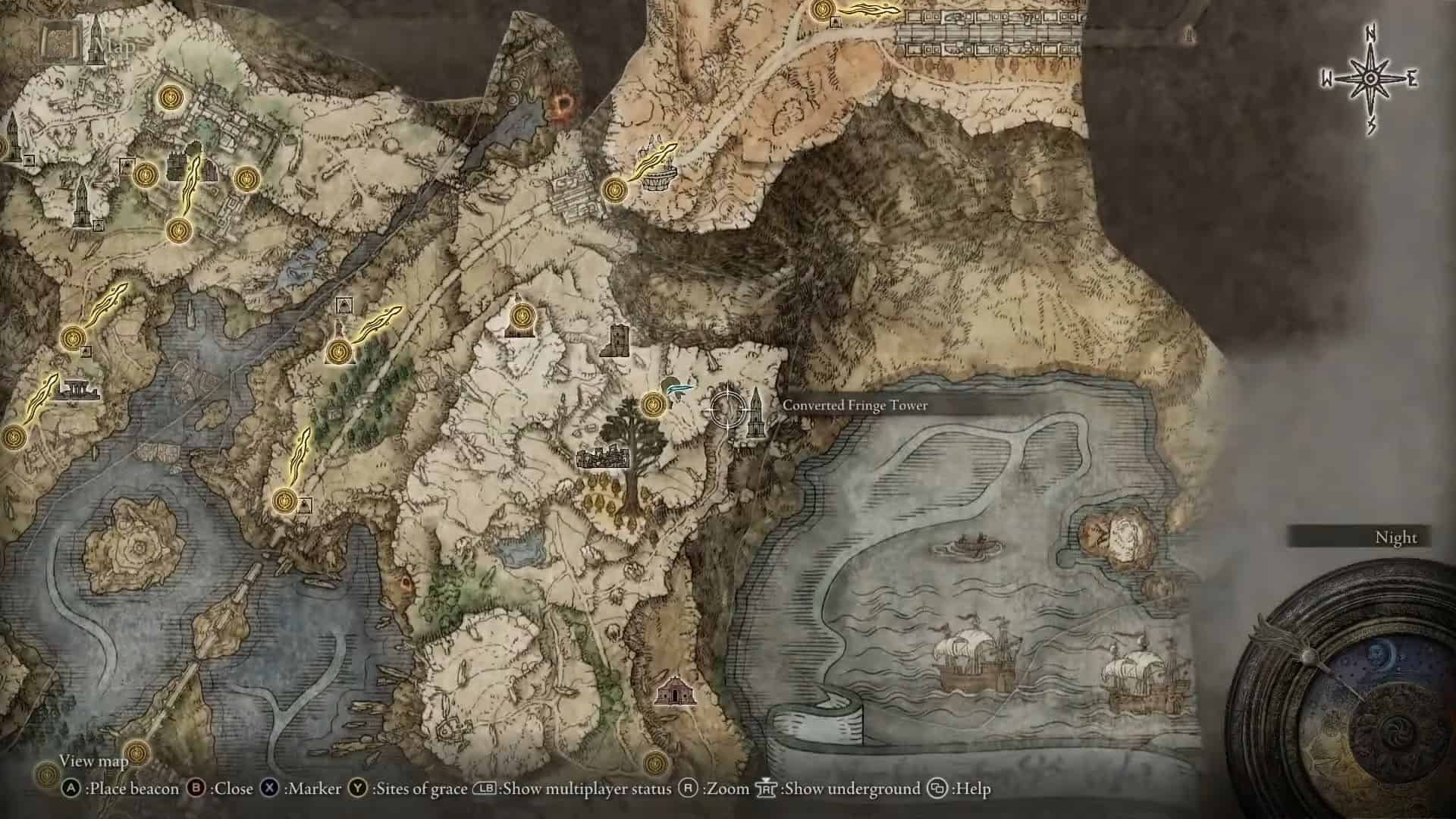 Before taking advantage of the rewards the Converted Fringe Tower offers, you’ll need to get your hands on another critical item – the Glintstone Crown. You need this item to activate the Erudition gesture, which will make the magical doors inside the tower disappear.

You can find multiple Glintstone crowns in Elden Ring, and if you still need one, don’t worry. We’ve got you covered with the location of at least one of them. The Glintstone crown is located in the Debate Parlor.

To find it, travel to the courtyard and head straight until you see three giant pillars; turn left towards the pillars, then turn left again. After you take out the enemy resting at the cliff’s edge, kill the crystal lizard hiding in bushes on your right, and it will drop the Glintstone Crown.

Please pick up the object and hold it above your head. Then, make the Erudition gesture in front of the blue seal. The crown will glow when it’s correctly done – once it starts burning, the seal will vanish.

Upon reaching the tower’s summit, you will be rewarded with a chest containing two Sorceries: Cannon of Haima and Gavel of Haima. 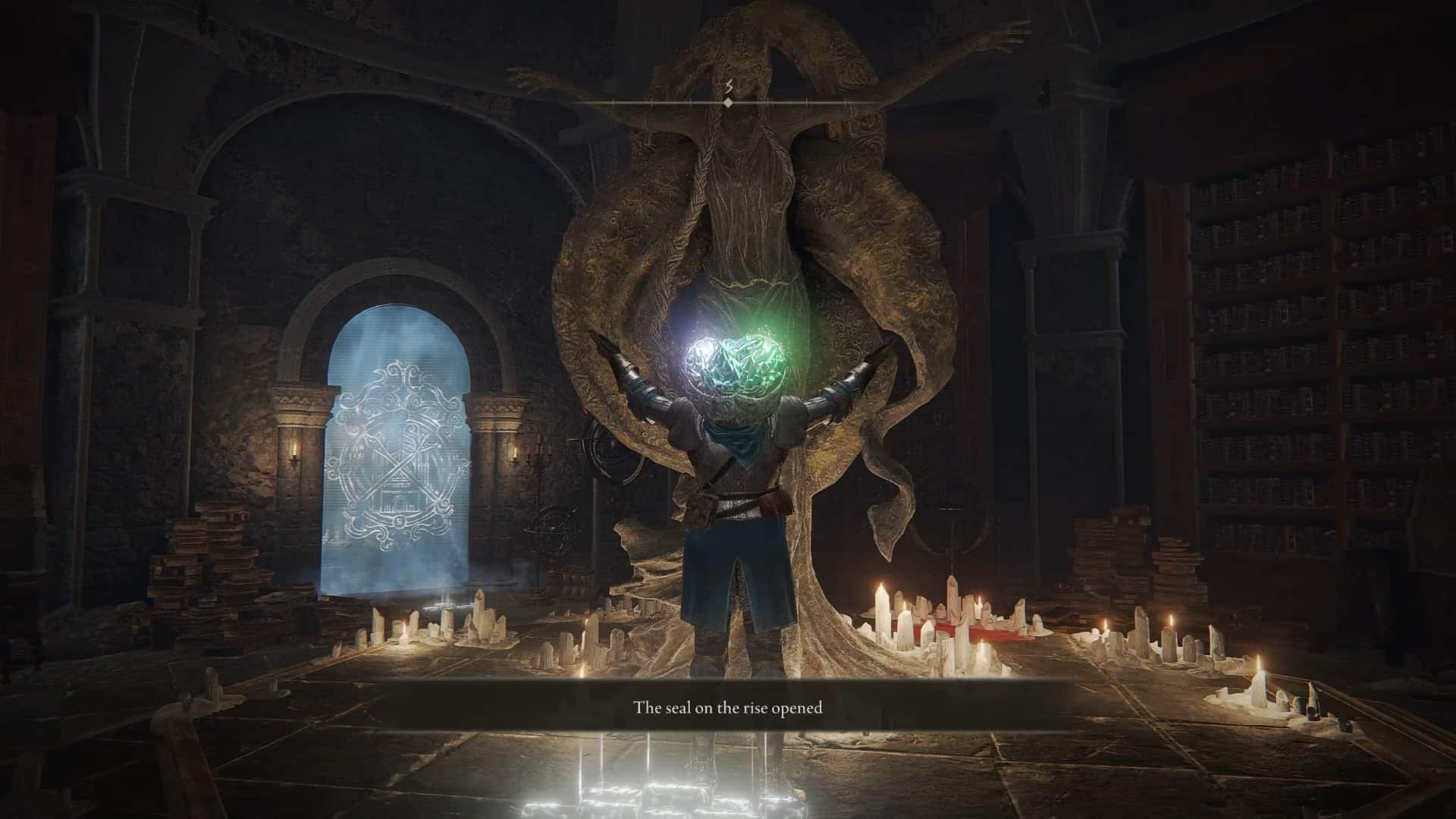 Earning the Erudition Gesture in Elden Ring is a multi-step process requiring players to reach Raya Lucaria and navigate the academy. The steps involved are diverse, but once completed, it will award players with the gesture.

Utilizing this new ability can help progress through “Erudition guide thee!” and “May Erudition Light the way!” puzzles located in different places – so it’s worth taking the time to complete all required tasks.

Have you managed to earn the Erudition Gesture yet? Let us know what tower you chose and how you found the experience!