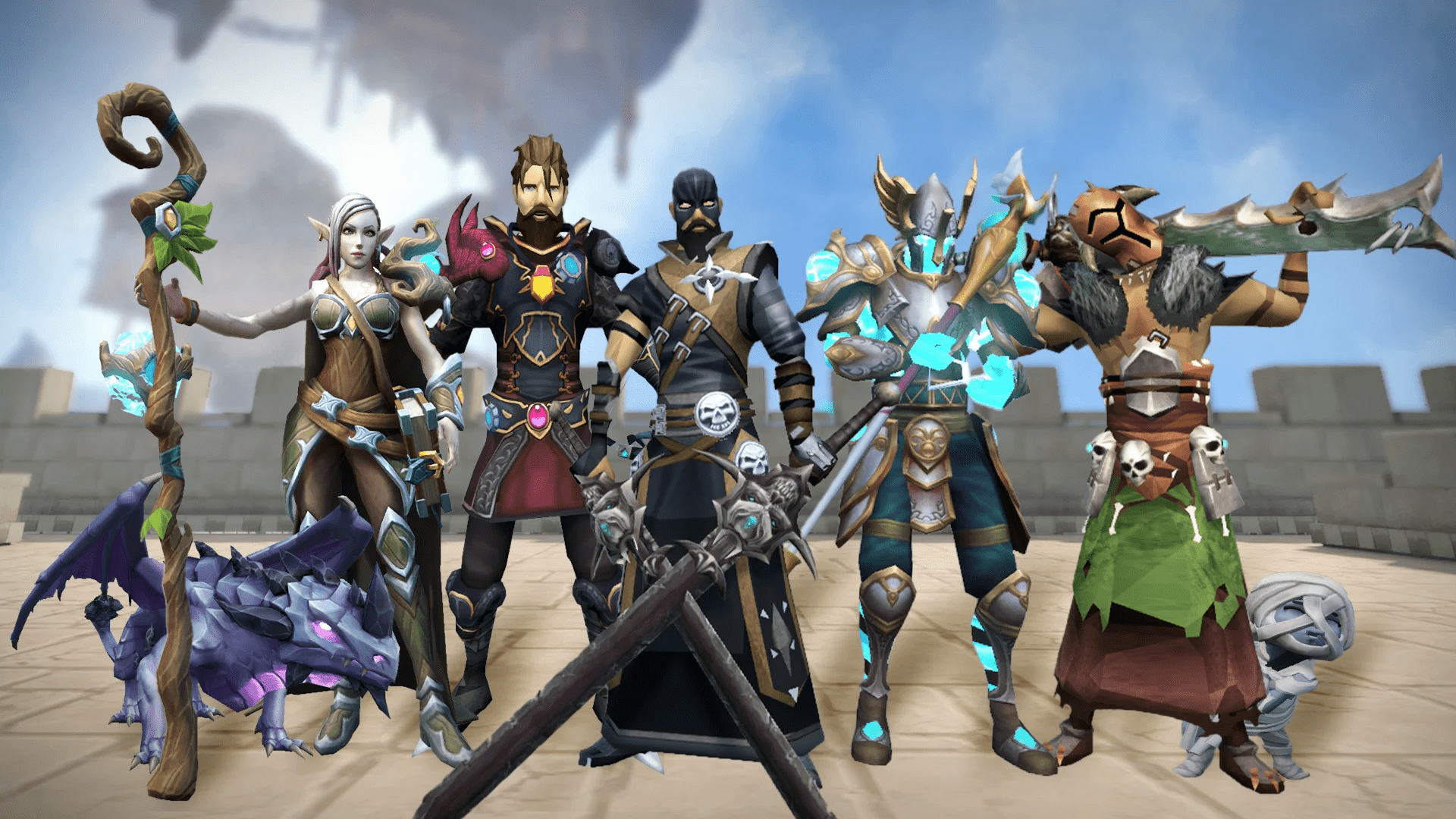 There are plenty of options regarding weapons and armor in the game. To defend yourself against enemies, you have several armor options at your disposal. However, over time and extended usage, the equipped armor can degrade and be destroyed forever.

Fortunately, there is also a set of armor that does not expire or spoil, no matter how much you use them. Our guide entails the best non-degradable armor – Runescape players need to know about it. 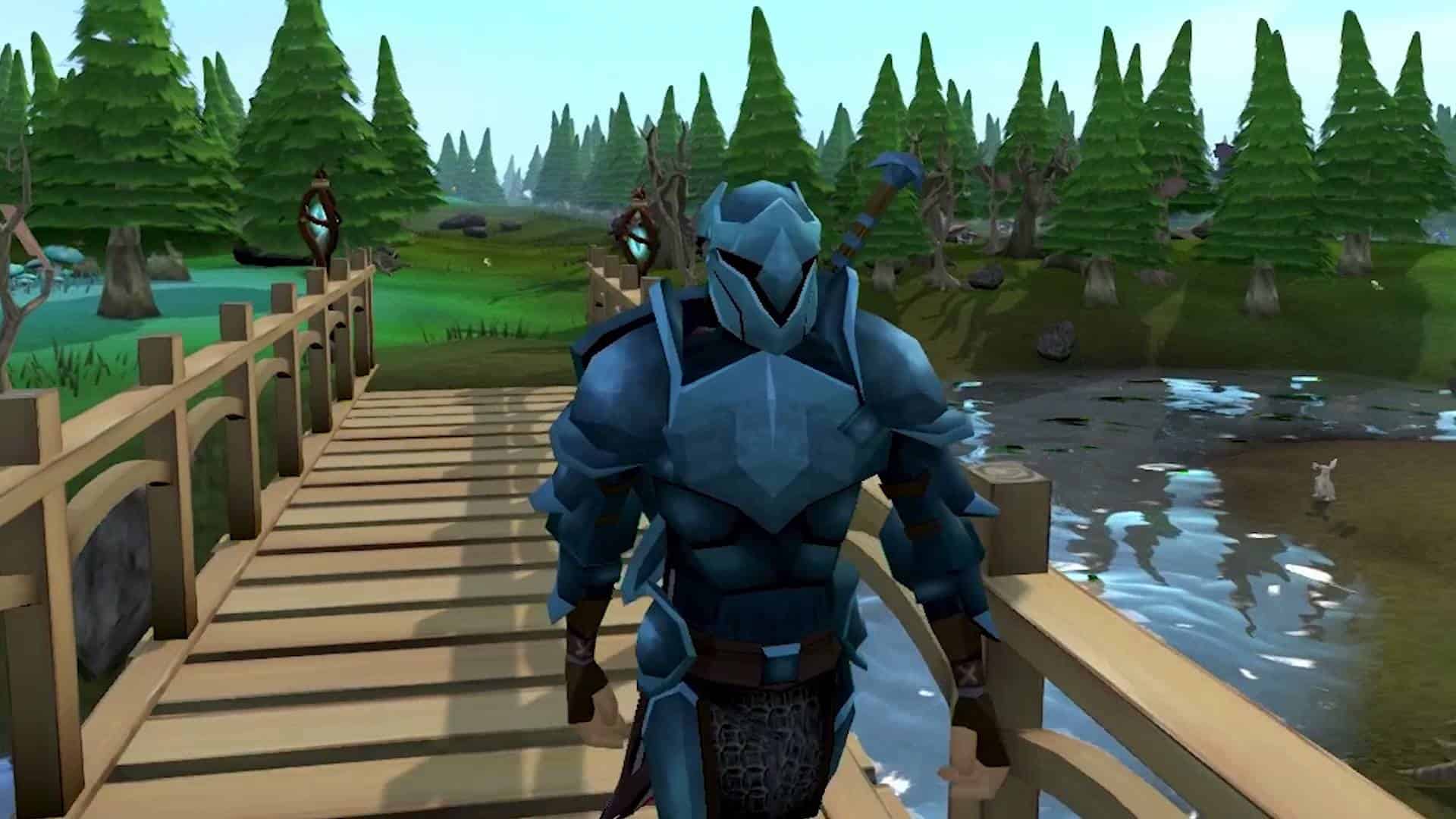 The right equipment for your player depends on their playstyle, preference, and overall strategy. However, if you still need to decide which one is best for you, our guide will help clear things up. 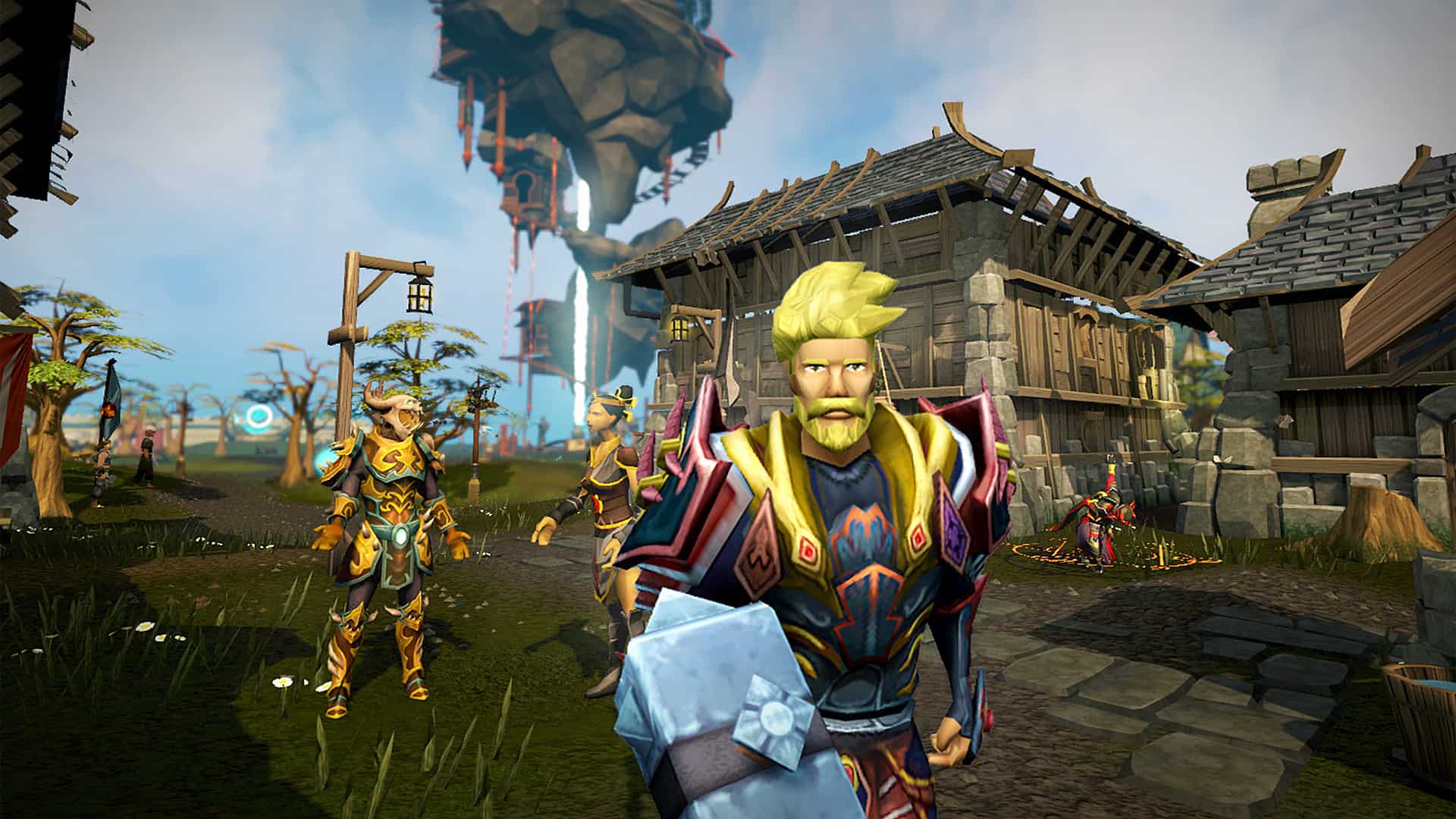 Melee armor usually refers to suits of metal plating that can provide both offensive and defensive benefits in battle.

The best non-degradable armor in Runescape that will never degrade for melee players is the Anima Core of Zaros Armor. You can find this set in the Heart of Gielinor, which people usually call the God Wars Dungeon Two. If you want to use these items, your defense level has to be 80+.

Or, if you’re feeling particularly crafty, another way to get your hands on the Anima Core of Zaros armor is by crafting it yourself using a Crest of Zaros and Dormant Anima Core. Remember that this armor cannot be degraded further once prepared.

The Anima Core of Zaros armor also has comparable stats to Torva equipment. Even though this Melee Armor does not give bonuses or life points, its selling point is that it can’t be degraded and used without worry of it breaking down. 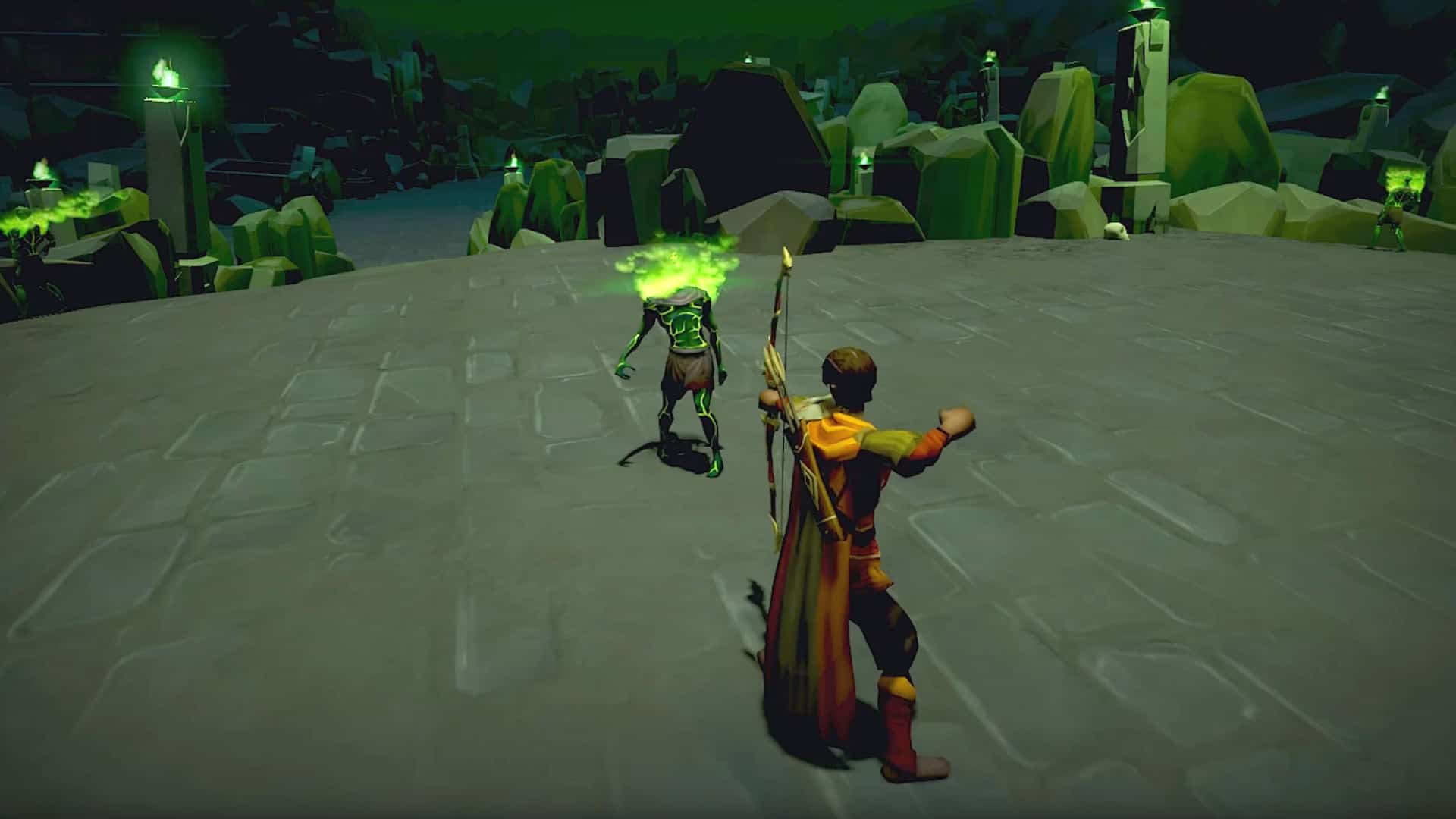 Many types of ranged armor in Runescape provide high-ranged attack damage and bonuses while doing offense from a distance. They can be made from leather, tanned monster hides, or dragon scales.

Players can collect the necessary materials by looting them from dead monsters or buying them directly from other players. Although ranged armor does an excellent job of protecting against magic-based attacks, it falls short when your character is up against melee attacks.

Anima Core of Zamorak is one of the tremendous ranged, non-degradable armors in Runescape. It is much lighter than other melee armors made from heavy materials such as metal and stone, but it has comparable stats and properties.

The Anima Core of Zamorak is a type of ranged armor similar to the Anima Cores of Seren and Zaros Armor, which can be obtained from the Heart of Gielinor dungeon. If you want to wear it, your defense level must be at least 80.

Another way to get this armor is by crafting it by combining a Dormant Anima Core Helm with a Crest of Zamorak. The stats of this cowl are similar to the Pernix cowl. The downside is that it doesn’t provide any prayer or life point bonuses but doesn’t degrade. 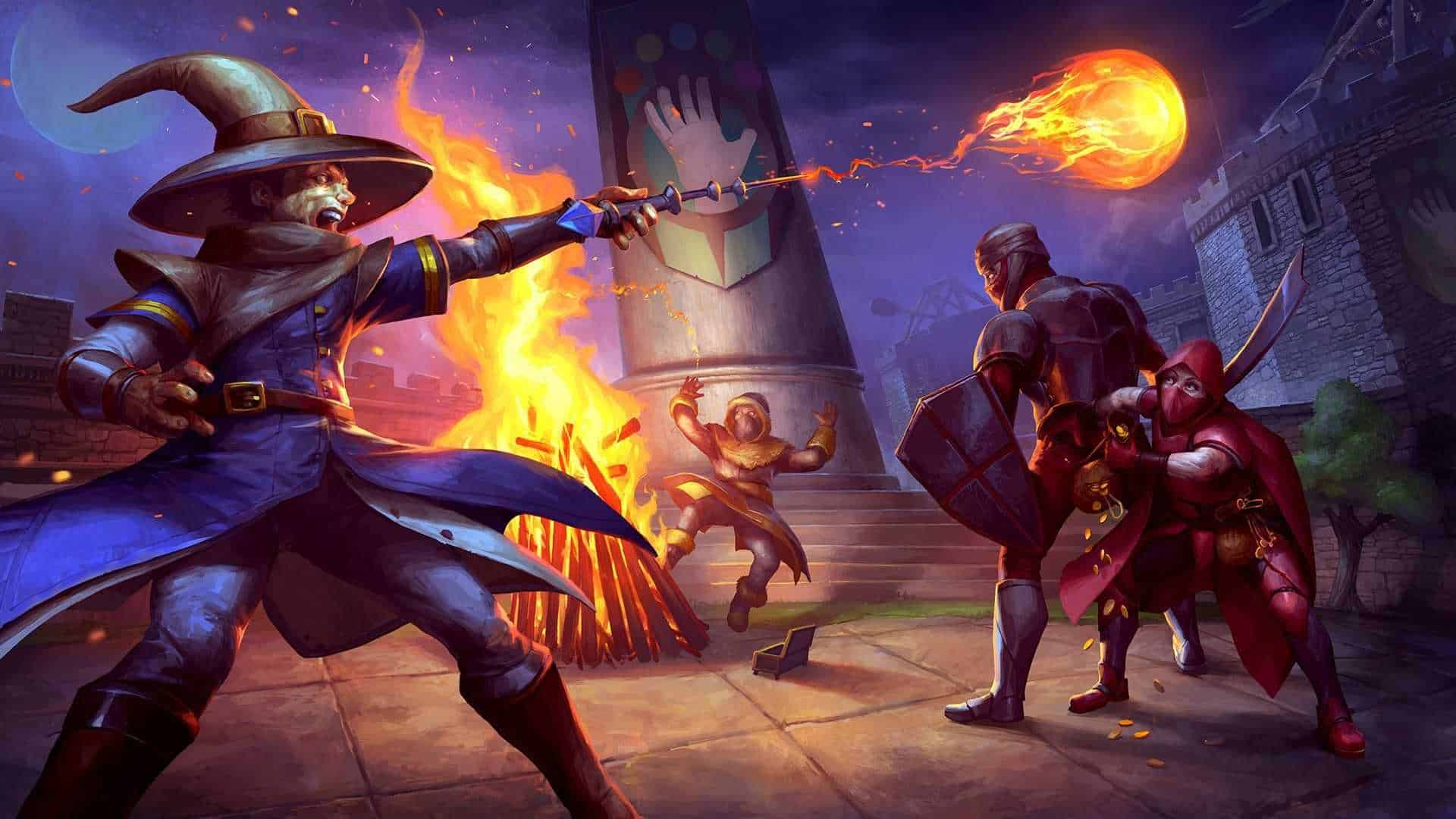 Non-degradable mage armor in Runescape gives your character access to strong magic abilities and lets you tailor your playstyle to be more offensive. Although wearing this type of armor may lower your accuracy, the increased magical capabilities compensate for it.

If you are a mage with a defense level of 75 or higher, the Ancestral Robes is one of the best non-degradable armors because it provides superior magic protection. Even though it’s excellent, this armor is rare and difficult to find.

However, the Anima Core of Seren Armor is a much better mage armor than Ancestral Robes. The former is more accessible than the latter and is also very efficient non-degradable armor while fighting against enemies.

However, if you want to prepare it, you first must acquire Crests of Seren and Dormant Anima items. Once you have these items, you can create the best non-degradable mage armor in Runescape. 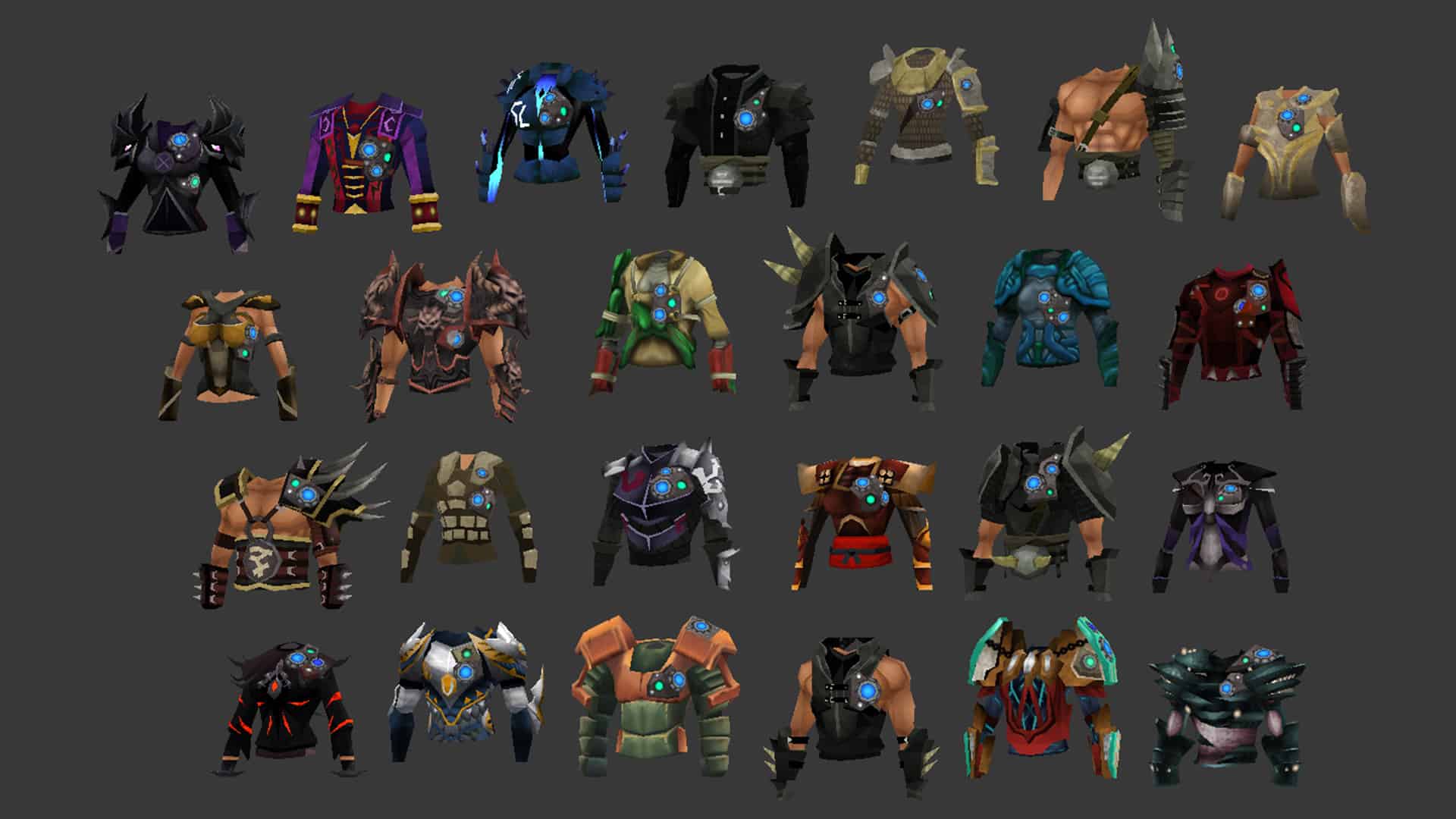 There are other great armor sets to choose from if you prefer to avoid the ones mentioned before. For example, layers who prefer to stay at a distance in combat should wear Armadyl armor, similar to other gear sets.

There are several ways to obtain it, but the most common is defeating General Kree’arra and his three minions. Once they are dead, pick up the armor, and you will be able to use it, provided your ranged and defense levels are both at 70.

The Subjugation armor set is impressive for the magic (prayer) player. If you’ve been in the God Wars Dungeon already, this should be no problem to defeat K’ril Tsutsaroth and his bodyguards. Please pick up the armor set once they’ve been killed, and level up your defense skill to level 70.

Let’s look at some best non-degradable armor in Runescape. 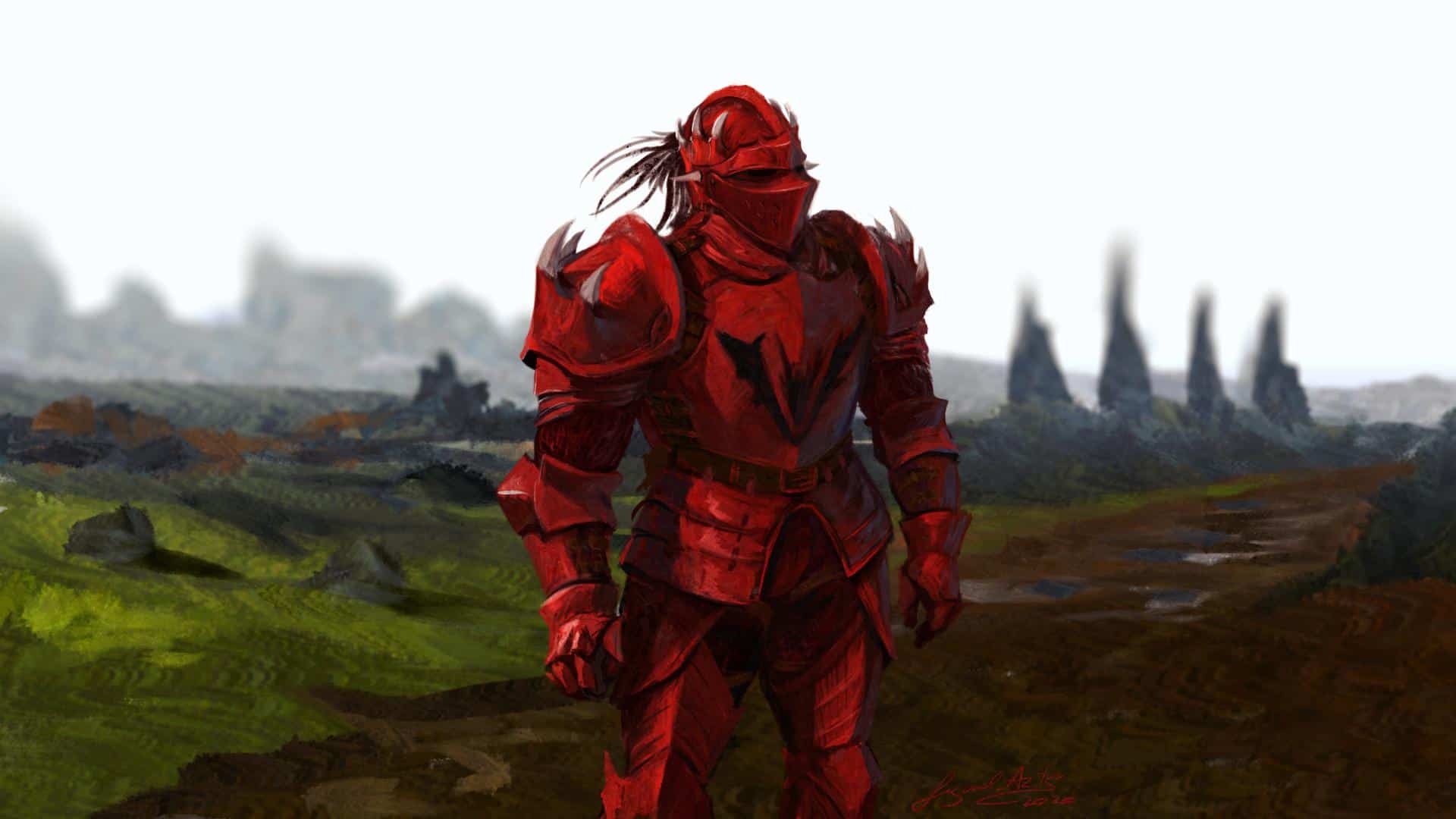 Dragon armor is one of the most highly sought-after armor in Runescape because it does not degrade. Additionally, using Dragon equipment in conjunction with Dragon Armor amplifies its capabilities, making it an even more potent combination.

Dragon armor is a distinctive red color that differentiates it from other non-degradable armor. Players need a minimum Defence level of 60 to wear Dragon armor.

Obtaining this item is tricky as you can either buy it for a high price or receive it from a high-level boss with a low chance of success.

The Dragon armor is the most desired type in all of Runescape. Mid-leveled players usually go for this armor because it doesn’t only have decent defense perks but also has an excellent visual appeal. 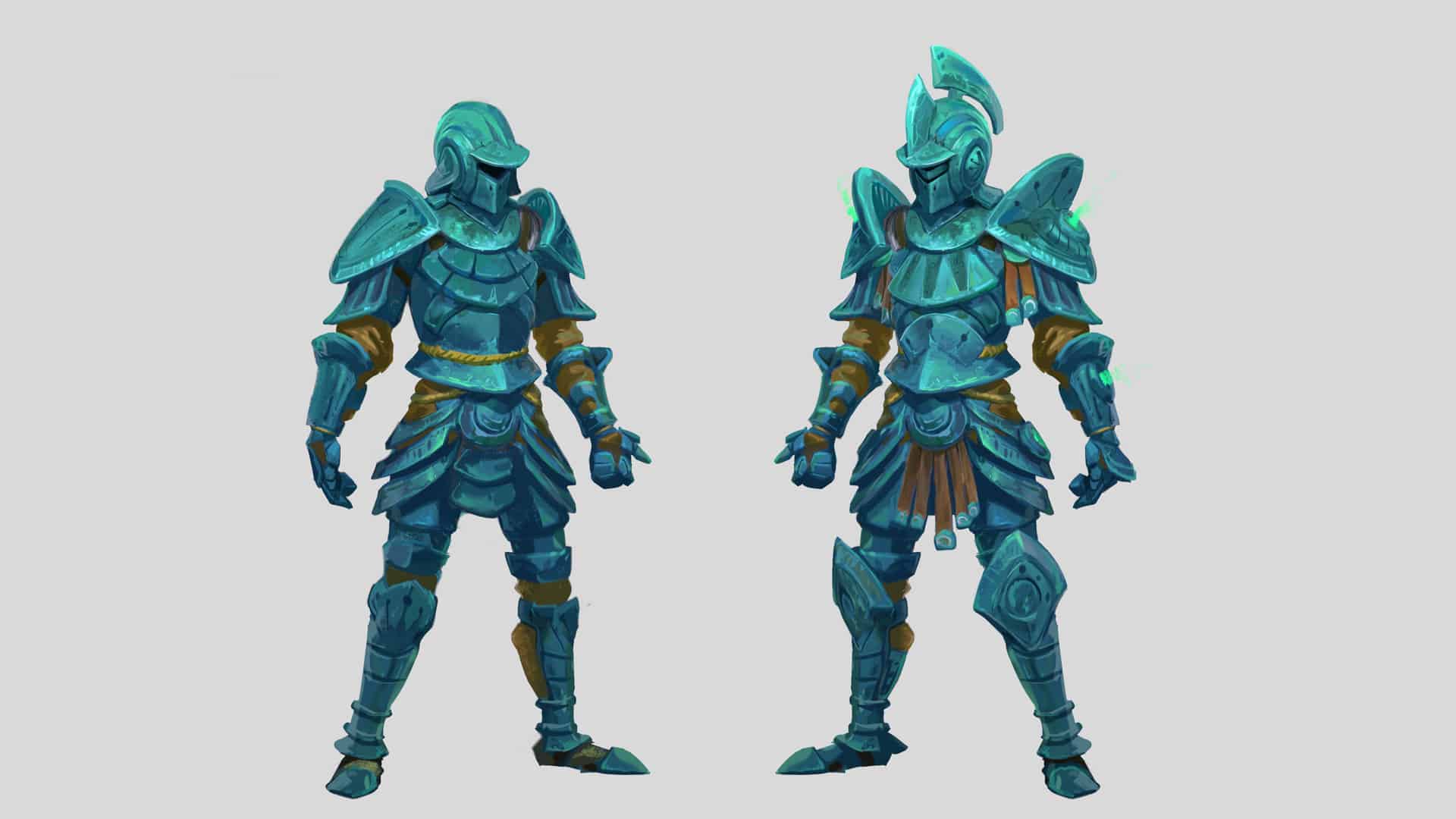 It is the best armor that doesn’t degrade for free-to-play players and requires a level 50 Defence to wear. Although, if someone wants to make runite equipment, they need at least level 85 Smithing.

Rune armor is often worn in Player vs. Player situations because it provides good bonuses and can be easily replaced if lost. To equip the rune plate body, you must have completed the Dragon Slayer quest. Rune armor is blue-green, and it has Treasure Trail variants.

These include gold-trimmed, white-trimmed, and gilded, five sets of heraldic armor and six different sets of god armor corresponding to the Saradomin, Guthix, and Zamorak. 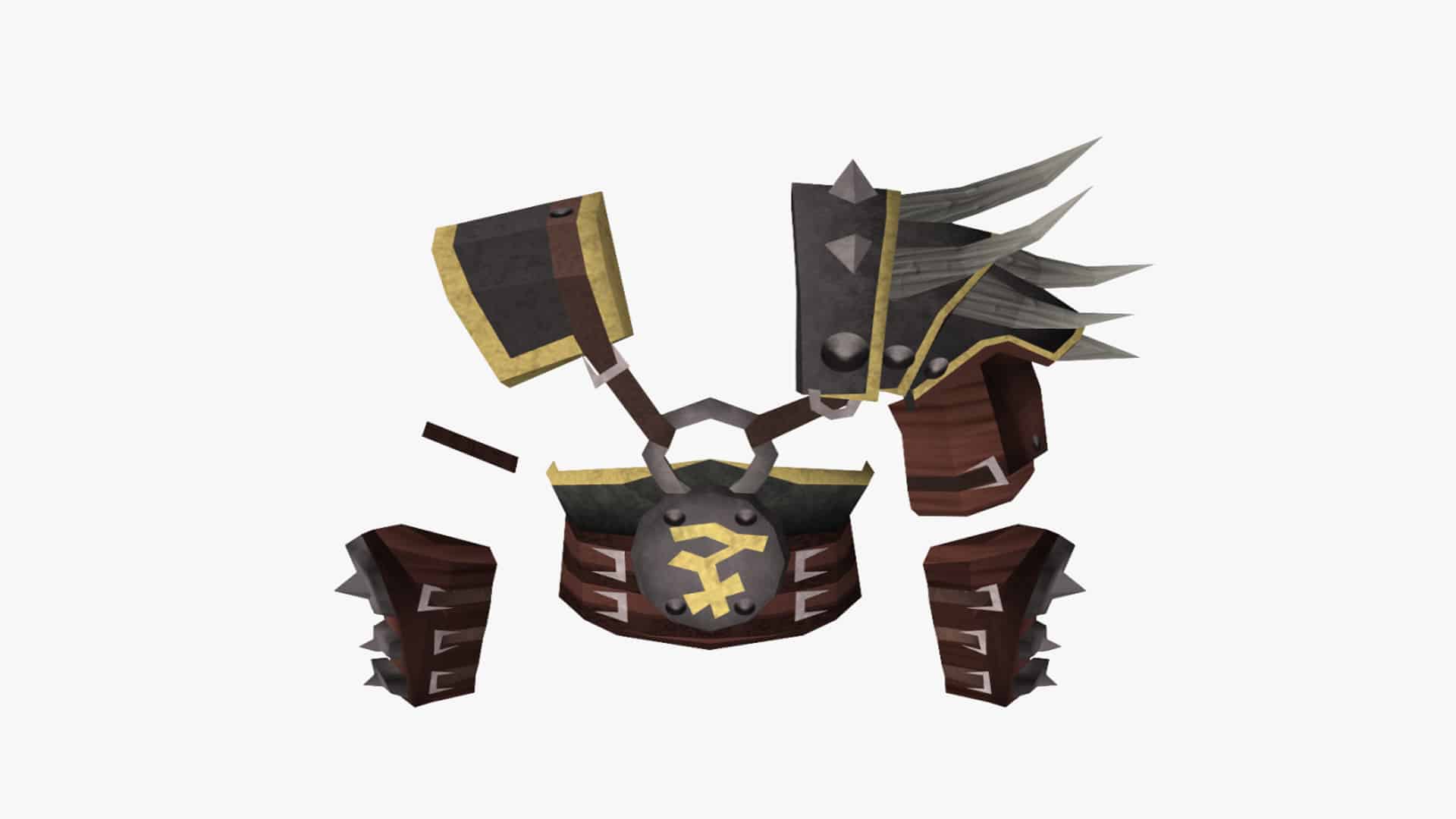 Arguably, Bandos armor is the most expensive armor in Runescape. Nevertheless, if you chance upon General Graardor and his bodyguards while playing the God Wars Dungeon, you might get lucky and receive it as a drop.

Even if non-degradable, this type of Bandos Armor will offer a significant upgrade when pitted against others in terms of damage per second output.

Still, what makes it most sought-after among veteran players is not its high DPS but rather the amount of experience one can farm per hour while wearing it.

If you wear the slayer helmet while completing slayer tasks, your character’s strength bonus from wearing non-degradable Bandos armor will help you finish tasks quickly. This gives you an advantage by allowing you to gain more experience per hour.

This is one of the many reasons Bandos armor is so expensive. Players cannot equip non-degradable Bandos armor with less than a Defense level of 65, but it provides slightly more strength to its wearer than Dragon armor. 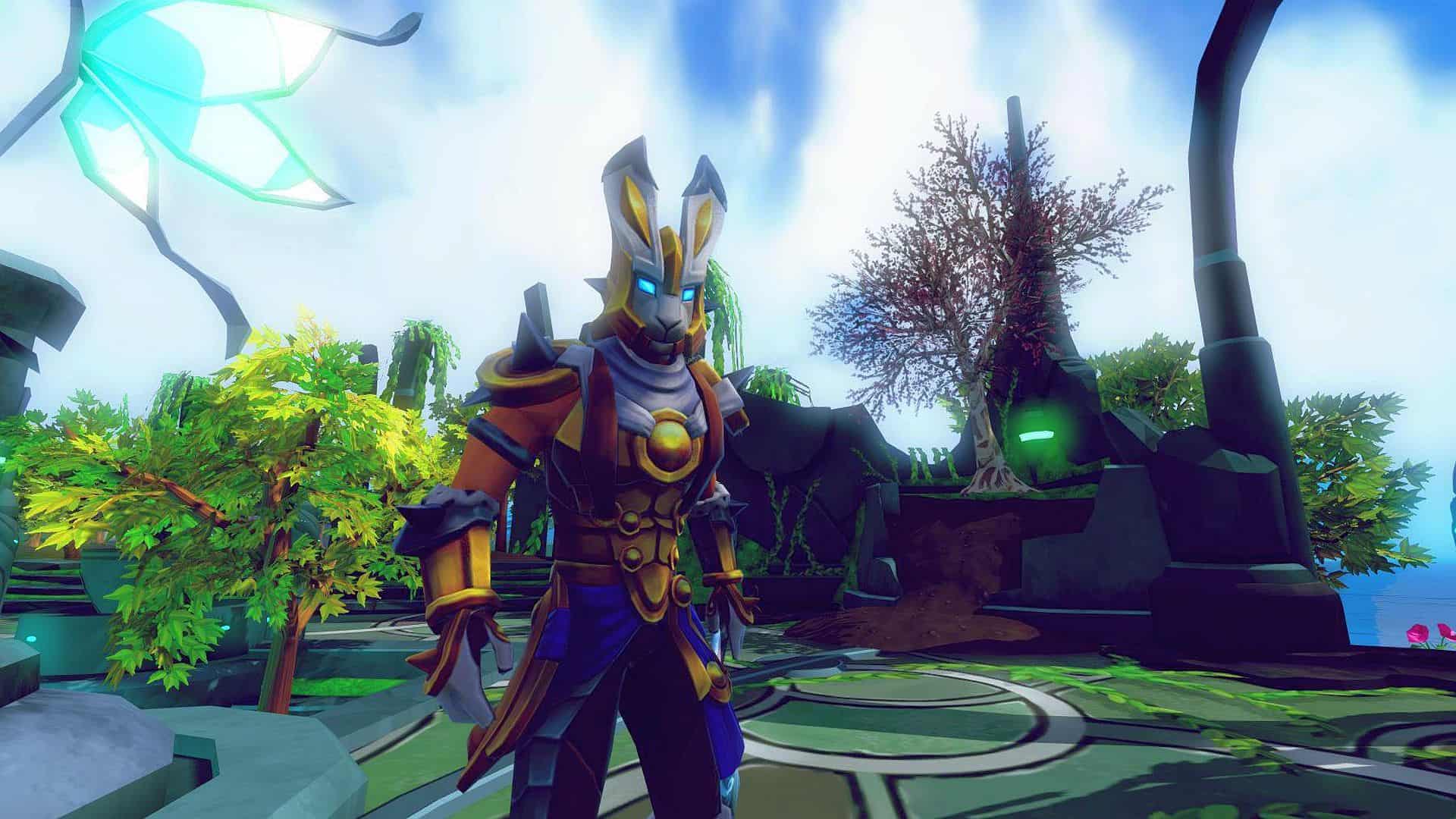 Non-degradable armor is a valuable commodity in the world of Runescape, and it offers players significant advantages when defending themselves against their enemies. While many different types of such armor are available in the game, some stand out better than others.

This article looked at the best non-degradable armors in Runescape and discussed why they benefit players. We hope these tips will be helpful if you’re looking for some extra protection on your next adventure.