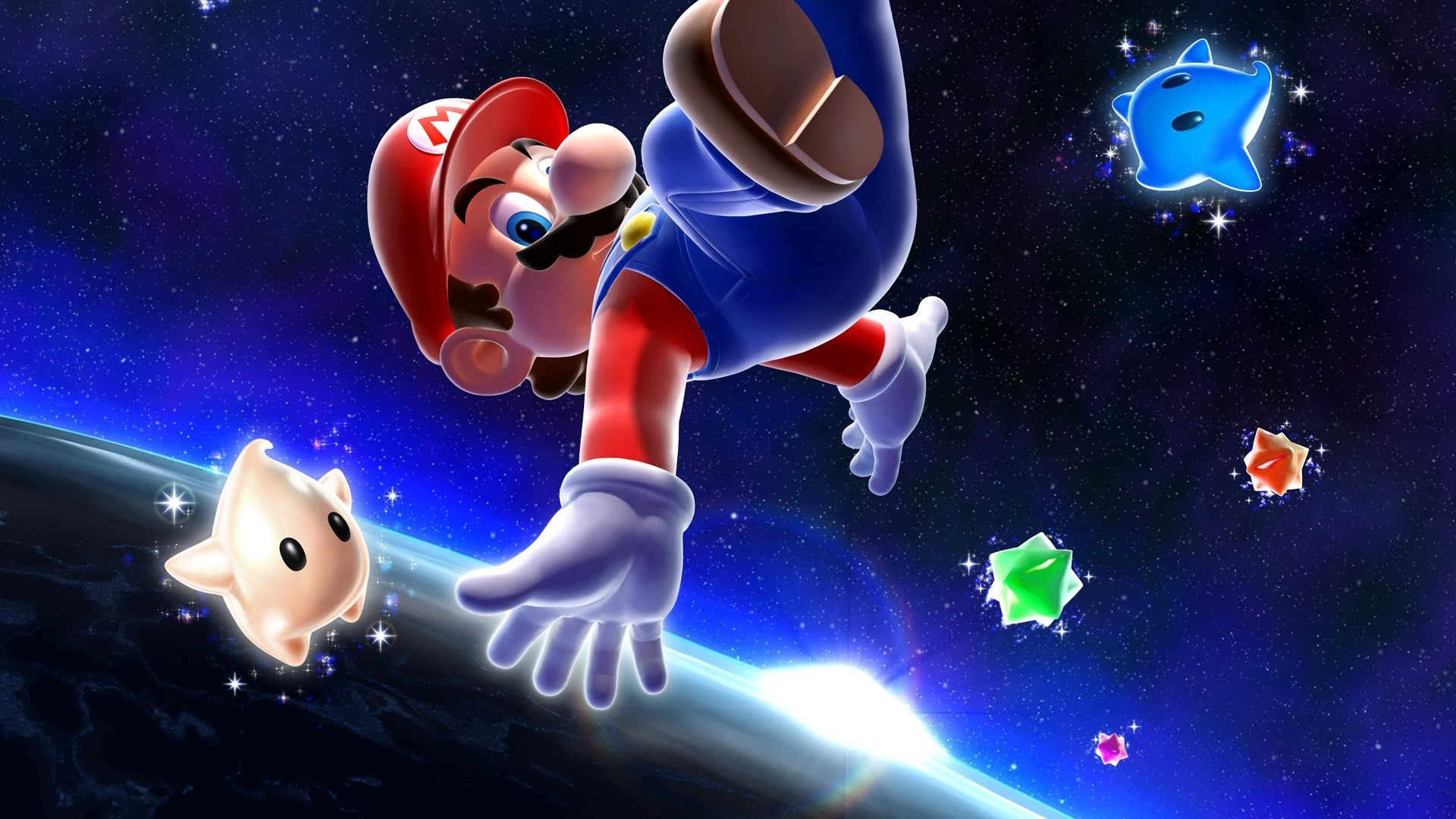 In 2007 the Japanese subsidiary of Nintendo released a version of Super Mario Galaxy for the seventh generation home video consoles.

According to the plot of the game the evil and powerful turtle Bowser invades the Kingdom of Mushrooms. This character is already known to the fans of the Mario and his friends adventures in earlier versions of the game, in which Bowser was repeatedly noticed in the kidnapping Princess Peach and attempting to conquer the Kingdom.

This time Bowser stole the princess along with her royal palace, using the power of the colossal flying saucer.

Mario tries to thwart Bowser’s plans, but is defeated and ends up on a remote planet, where he meets Princess Rosalina, who is trying to help Mario in his troubles.

The problem is that the energy sources of the observatory, which is owned by Princess Rosaline, were also stolen by the cunning Bowser.

And now Mario is forced to wander throughout the Universe, collecting energy bit by bit. Then he has to accumulate enough strength and go to the center of the galaxy to save Princess Peach.

But everything is not so simple. Numerous enemies and natural disasters await Mario. He has to use the supernatural powers achieved by the donning special spacesuits.

Magic costumes allow Mario to dive into the fire-breathing volcanoes, turn into a bee, or turn into a ghost.

In the TopTenReviews version of the informational project the Super Mario Galaxy is included in the TOP-3 of the most highly rated games of all time by the gamers.

In 2007 Super Mario Galaxy was named Game of the Year by the leading gaming portals.